TV: BSOH, SNLA Stream the MLB Game of the Day all season on ESPN+. Sign up now!

The Cincinnati Reds need a win here to snap a seven-game losing streak. The Reds have scored six runs in their last three games and three or less runs in four of their last eight games. The Reds have lost six of their last eight games when scoring three or less runs. Jesse Winker leads the Reds with 22 hits and 10 RBI while Nick Castellanos and Joey Votto have combined for 40 hits and 25 RBI. Tyler Mahle gets the ball, and he is 1-1 with a 1.74 ERA and 31 strikeouts this season. Mahle is 2-1 with a 2.12 ERA and 10 strikeouts in his career against the Dodgers.

The Los Angeles Dodgers need a win after losing five of their last seven games. The Dodgers have scored 13 runs in their last three games and three or less runs in six of their last eight games. The Dodgers have split their last eight games when scoring three or less runs. Justin Turner leads the Dodgers with 26 hits and 17 RBI while Corey Seager and Max Muncy have combined for 38 hits and 26 RBI. Julio Urias gets the ball, and he is 3-0 with a 2.81 ERA and 26 strikeouts this season. This will be Urias’ second career game against the Reds.

The Los Angeles Dodgers are going to be favored at home because they're the Dodgers, but their offense is not playing well and they're fresh off a late game last night where they blew a massive lead late. The Dodgers could be a frustrated team that isn't in the mood to be at the park right now. The Cincinnati Reds have their struggles as well, but things have to turn around eventually and Tyler Mahle has been good this year, allowing four earned runs through 20.2 innings. I'll take a shot with the Reds and plus money. 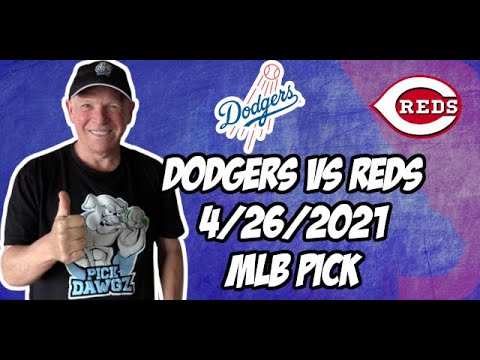