TV: WPIX, MASN Stream the MLB Game of the Day all season on ESPN+. Sign up now!

The New York Yankees look for a win after splitting their last eight games. The Yankees have scored seven runs in their last three games and three or less runs in eight of their last 10 games. The Yankees have lost seven of their last nine games when scoring three or less runs. DJ LeMahieu leads the Yankees with 20 hits and six RBI while Gio Urshela and Aaron Judge have combined for 37 hits and 19 RBI. Corey Kluber gets the ball, and he is 0-2 with a 5.40 ERA and 14 strikeouts this season. Kluber is 3-1 with a 2.92 ERA and 56 strikeouts in his career against the Orioles.

The Baltimore Orioles look for a win after splitting their last 10 games. The Orioles have scored 14 runs in their last three games and four or more runs in four of their last eight games. The Orioles have won six straight games when scoring four or more runs. Cedric Mullins leads the Orioles with 31 hits and six RBI while Maikel Franco and Freddy Galvis have combined for 40 hits and 22 RBI. Bruce Zimmermann gets the ball, and he is 1-2 with a 4.57 ERA and 15 strikeouts this season. This will be Zimmermann’s first career game against the Yankees.

The New York Yankees are the better team, have the better pitcher and should be favored here. However, the Yankees also aren't scoring runs and Corey Kluber hasn't been great through 15 innings, which includes 11 walks. Bruce Zimmermann has his struggles as well, but the Orioles offense has at least shown some life and they're at home. The O's are worth a look with the big plus money here because of how shaky the Yanks look at the moment. 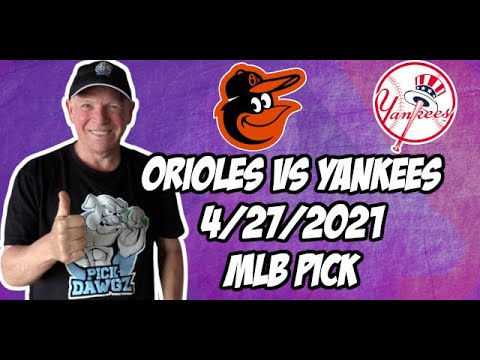