TV: ROOT Stream the MLB Game of the Day all season on ESPN+. Sign up now!

The Seattle Mariners and the Houston Astros meet Tuesday in MLB action from Minute Maid Park.

This will be the second installment in a four-game set between these teams this week. In the Monday opener, the Astros bagged a three-run win. Check back all season long for free MLB picks at Sports Chat Place.

Seattle played four games versus the Red Sox over the weekend. The Mariners were able to win 7-3 Thursday and 8-2 Saturday but fell in the other two for a split. In the Monday opener versus Houston, Seattle gave up four runs in the first four innings and couldn’t keep up in an eventual 5-2 loss.
For the Tuesday starting pitcher role, the Mariners will send out Marco Gonzales. In his 22.1 innings of work over four starts so far, Gonzales has 22 hits, 15 earned runs, six homers allowed, eight walks, 19 strikeouts and a 6.04 ERA.

Over on the Astros’ side, they managed to go 3-1 over the Angels this weekend with victories Thursday, Friday and Saturday. In the Monday game one, Houston recorded 14 hits in their victory. Jose Altuve managed three of them with two RBI and a run as well.

For Tuesday’s starting pitcher role, the Astros are going with Cristian Javier. Over 13.2 innings of work so far in three starts, Javier has 13.2 innings, nine hits, two earned runs, three walks, 20 strikeouts and a 1.32 ERA overall.

PICK: I like the Astros here. We’ve got a nice starting pitcher matchup on tap regardless though, as Gonzales is coming off his best outing of the year. He tossed seven innings with one run and six strikeouts versus the Dodgers last Tuesday. As for Javier, he hasn’t allowed a run in his last two starts, with five scoreless innings in each. I like a good performance out of both starters in this one, with Houston eking out a late win. 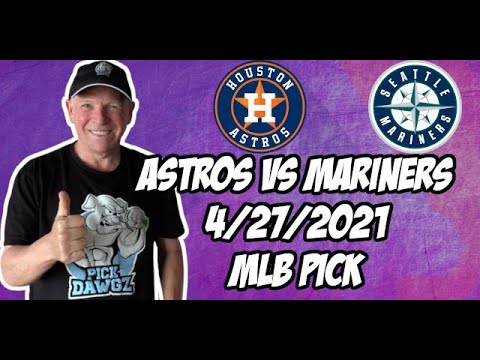