The Kansas City Royals and the Pittsburgh Pirates meet Wednesday in MLB action from PNC Park.

This will be the final installment in a quick two-game set between these teams. In the Tuesday game, the Pirates eked out a tense one-run victory. Check back all season long for free MLB picks at Sports Chat Place.

Kansas City took care of the Tigers over the weekend, winning all four games 6-2, 2-1, 4-0 and 3-2 for a sweep. In the Tuesday game versus Pittsburgh, Kansas City managed just four hits in an eventual 2-1 loss. Starter Jakob Junis put up 6.1 innings with two earned on six hits.

For the Wednesday game, the Royals will send out Mike Minor in the start. Over his four outings so far, Minor has 21.1 innings with 19 hits, 11 earned runs, four homers allowed, seven walks, 21 strikeouts and a 4.64 ERA.

Over on the Pirates’ side, they played the Twins over the weekend, losing Friday but taking the other two games over the weekend. In the Tuesday matchup, Pitt took the lead in the seventh inning and never gave it back. Tyler Anderson was very solid on 6.0 innings, three hits and one earned.

For the Wednesday start, the Pirates are sending out Mitch Keller. Over his four appearances so far, Keller has 16.1 innings, 21 hits, 13 earned runs, three homers allowed, eight walks, 17 strikeouts and a 7.16 ERA. He posted 5.0 innings with two earned his last time up.

PICK: I’m going to stick with the Royals. The good news for the Pirates is that Keller has been pitching pretty well this season outside of seven earned in 3.1 innings versus the Padres on April 15. Outside of that he’s given up six earned in 13.0 innings this year. That said, Minor is sitting at 2-1 and coming off his best start of the season on Friday (two runs in 5.2 innings). I like Minor to keep it going and help the Royals to a win here. 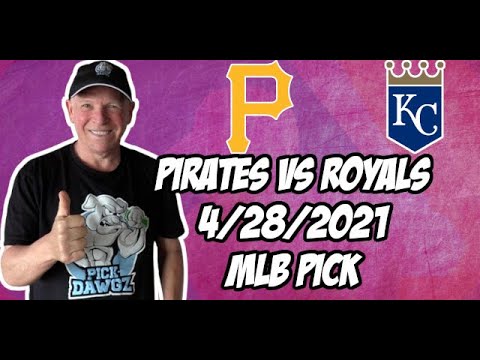