TV: BSSW, KCOP Stream the MLB Game of the Day all season on ESPN+. Sign up now!

The Los Angeles Angels look for a win after losing five of their last seven games. The Angels have scored 14 runs in their last three games and four or more runs in seven of their last 10 games. The Angels have won seven of their last 10 games when scoring four or more runs. Mike Trout leads the Angels with 26 hits and 14 RBI while David Fletcher and Shohei Ohtani have combined for 48 hits and 28 RBI. Alex Cobb gets the ball, and he is 1-1 with a 6.28 ERA and 21 strikeouts this season. Cobb is 1-1 with a 2.90 ERA and 30 strikeouts in his career against the Rangers.

Neither of these teams are consistent and Cobb has been horrible through three starts, allowing 10 earned runs in 14.1 innings. Dane Dunning has been solid this season, allowing six runs through 17.2 innings while striking out 18. Neither team is playing well, so I'll take my chances with the plus money and the home team along with the better pitcher. Give me the Rangers. 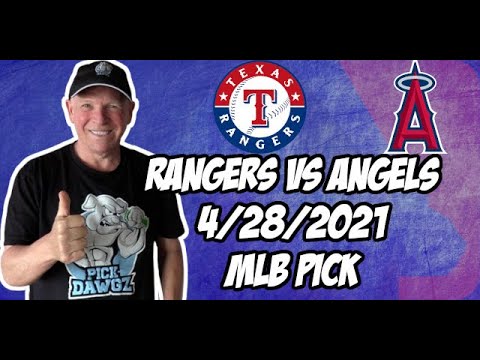