This will be the first installment of a four-game set between these teams. The Red Sox are coming off a pair of games versus the Mets. Boston won Tuesday, then on Wednesday the Sox eked out a one-run victory. As for the Rangers, they played three versus the Angels. After a split in the first pair, on Wednesday Texas fell in a tough one-run loss. Check back all season long for free MLB picks at Sports Chat Place.

Boston eked out a tough 2-1 win over the Mets on Tuesday, thanks to a nice start by Garrett Richards with 7.0 innings, 10 Ks and one earned. On Wednesday, Boston got just four hits but it was enough for a 1-0 shutout win. Starter Nick Pivetta went 5.0 innings with three walks and seven Ks.

For the Thursday starting pitcher role, the Red Sox will turn to Martin Perez. In his four appearances so far this year, Perez has 17.1 innings with 20 hits, 11 earned runs, one homer allowed, nine walks, 15 strikeouts and a 5.71 ERA.

Over on the Rangers’ side, they fell 9-4 in the Monday game but bounced back with a 6-1 win on Tuesday. In the Wednesday rubber match, Texas gave up four runs in the first inning and couldn’t catch up in a 4-3 defeat. Starter Dane Dunning went 5.0 innings with the four earned and six strikeouts.

For the Thursday starting pitcher role, the Rangers are going with Kyle Gibson. In his five outings and 27.1 innings so far this year, Gibson has notched 24 hits, eight runs (seven earned), eight walks, 23 strikeouts and a 2.30 ERA.

PICK: I’m going to stick with Texas here. Gibson started off the season with an ugly outing but has bounced back well in his last four. In that stretch, Gibson has given up just two earned runs and four walks, racking up 22 strikeouts along the way. Perez is 1-0 with a 4.91 ERA versus the Rangers in two starts over his career and should hold his own here. That said I like Gibson to put Texas in a good position to get a win. 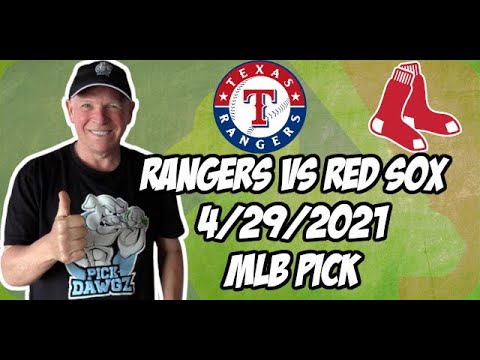