The Atlanta Braves and the Toronto Blue Jays meet Friday in MLB action from Dunedin Stadium.

The Braves are coming off a series versus the Cubs this week. Atlanta took the first three games, then in the Thursday finale, the Braves fell by six runs. As for the Jays, they played a pair against the Nationals this week. Toronto split those games, winning Tuesday and falling Wednesday. Check back all season long for free MLB picks at Sports Chat Place.

Atlanta eked out an 8-7 victory in the Monday game versus the Cubs, then won the next two games by a dominating 15-0 combined score. On Thursday, the Braves were out-hit 16-7 and eventually fell 9-3. Starter Bryse Wilson put up 3.0 innings with seven hits, four earned and two walks.

For the Friday starting pitcher role, the Braves are sending out Drew Smyly. Over three appearances this year, Smyly has 15.0 innings, 15 hits, 15 runs (12 earned), six homers allowed, three walks, 15 Ks and a 7.20 ERA.

Over on the Blue Jays’ side, they managed a 9-5 victory over the Nationals on Tuesday, but then fell in the Wednesday game 8-2. Starting pitcher Steven Matz went just 3.2 innings with eight hits, six earned runs, a walk and two strikeouts in the Wednesday loss.

In the starting role Friday, the Blue Jays will go with Robbie Ray. Over his three appearances so far, Ray has 16.0 innings with 13 hits, five earned runs, three homers allowed, nine walks and 15 strikeouts for a 2.81 ERA overall.

PICK: I’m going to take a stab on the Blue Jays in this one. Ray had a rough outing April 18 versus the Royals, tying a career-high with six walks issued (but he gave up zero earned). In his last start versus Tampa on April 24, Ray was better in that department with 6.0 innings, three earned and zero walks. If Ray can keep that going—and keep the ball in the park—I think the Jays are in a good spot for a win here. 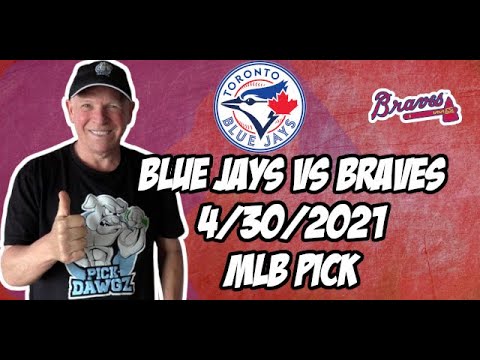