This will be the second installment of a three-game set between these teams this weekend. In the Friday opener, the Indians powered out a two-run victory. Check back all season long for free MLB picks at Sports Chat Place.

Cleveland played the Twins this week. After wins in the Monday and Tuesday game, the Indians fell 10-2 on Wednesday. In the Friday opener versus Chicago, Cleveland notched five hits total and four runs in the third inning on the way to a 5-3 win. Starter Shane Bieber put up 6.0 innings with seven hits and three earned.

For the Saturday starting pitcher role, the Indians will roll out Triston McKenzie. So far this year over four games (three starts), McKenzie has a 4.32 ERA with 16.2 innings, 13 hits, eight earned runs, four homers allowed, 14 walks and 23 strikeouts.

Over on the Chicago side, they played the Tigers this week, losing on Tuesday but taking wins in the next pair. In the Friday game, the White Sox out-hit Cleveland 8-5 but still lost. Starter Dallas Keuchel went 6.0 innings with four earned runs and four walks with four strikeouts.

For Saturday’s matchup, the White Sox will send out Lance Lynn. Over his three outings so far, Lynn has 19.2 innings with 16 hits, four runs (two earned), one homer allowed, two walks, 27 strikeouts and a nice 0.92 ERA overall.

PICK: I’m going to stick with the White Sox here. Lynn has been on the injured list retroactive to April 17 with a strain in his right trapezius. He’s expected to be full strength in this one, and Chicago will be glad to have his 0.92 ERA on the mound. Lynn has notched 27 strikeouts in his three outings, with just 10 hits and two earned in his last 17.0 innings. I like Lynn to keep it going with another strong start Saturday. 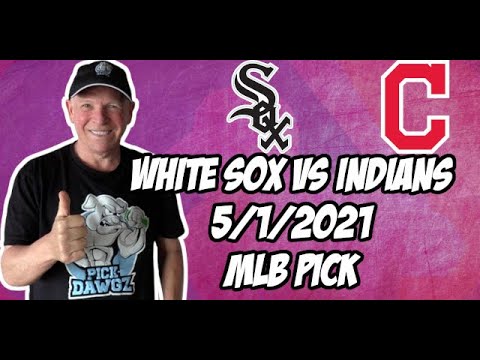