This will be the second installment in a three-game series between these teams this weekend. In the Friday opener, the Reds were able to power out a two-run win. Check back all season long for free MLB picks at Sports Chat Place.

Chicago played the Braves this week, losing three straight before finally picking up a Thursday win. On Friday against the Reds, the Cubs managed two runs in the ninth inning to cut the deficit but still lost 8-6. Starter Jake Arrieta put up 3.1 innings with seven earned runs.

For the Saturday starting pitcher job, the Cubs will turn to Zach Davies. Over his five appearances so far, Davies has 19.0 innings with 27 hits, 20 earned runs, three homers allowed, 15 walks, 14 strikeouts and a 9.47 ERA.

Over on the Reds’ side, they played three games versus the Dodgers this week and notched wins in the Monday and Tuesday installments. On Friday, Cincinnati posted another win, scoring seven runs in the third and fourth innings. Wade Miley went 5.0 innings with two earned.
For the Saturday starting pitcher job, the Reds will send out Luis Castillo. Across his 24.1 innings of work so far, Castillo has 32 hits, 21 runs (17 earned), five homers allowed, seven walks, 19 strikeouts and a 6.29 ERA over five appearances.

PICK: I’m going to take a shot on the Cubs, but probably staying away. Both starting pitchers need solid showings here, as Castillo gave up four earned in 5.0 innings versus the Cardinals his last time up and Davies coughed up five earned in 3.2 frames versus the Braves. Davies has four or more earned runs in three of his last four starts, but I like him to have a better outing in this one. It’s got the makings of a higher-scoring game as well. 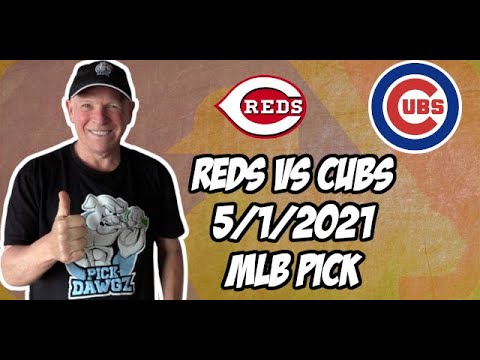