The Los Angeles Dodgers and the Milwaukee Brewers meet Saturday in MLB action from Miller Park.

This will be the third installment in a four-game weekend set between these teams. The Brewers eked out a one-run win on Thursday, then in the Friday game Milwaukee did it again with a two-run victory. Check back all season long for free MLB picks at Sports Chat Place.

Los Angeles posted nine hits in the Thursday game but couldn’t score until the ninth inning in an eventual 2-1 defeat. On Friday, it was more of the same lackluster offense as LA managed just two hits in a 3-1 loss. Starter Edwin Uceta went 2.0 innings with two earned runs.

For the Saturday game, the Dodgers will send out Dustin May in the start. In his four outings and 21.1 innings of work so far, May has 15 hits, seven runs (six earned), three homers, five walks, 32 strikeouts and a 2.53 ERA overall.

Over on the Brewers’ side, they got a good start out of Eric Lauer in the Thursday win with 5.0 innings and no earned. In the Friday matchup, Milwaukee bagged six hits in their victory. Starter Freddy Peralta posted 6.0 innings with one earned on one hit.

For Saturday’s game, the Brewers are going with Brandon Woodruff. In his three games thus far, Woodruff has 29.0 innings with 13 hits, five earned runs, eight walks, 34 strikeouts and a 1.55 ERA. He went 6.0 innings with no earned his last time out.

PICK: I’m going to take a stab on the Brewers here. We should have a pretty solid starting pitcher matchup on our hands regardless, though. Woodruff has been great lately, notching just two earned in his last four outings—a span of 25.0 innings. As for May, he’s only had one start with more than two earned allowed (three) and is coming off a nice outing versus the Padres. Should be a good one, but I think Milwaukee can eke it out behind Woodruff. 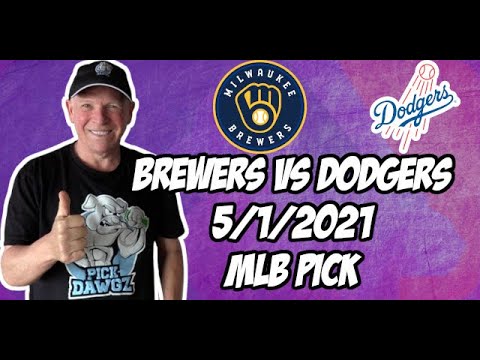