The Cleveland Indians and the Kansas City Royals meet Monday in MLB action from Kauffman Stadium.

Cleveland is coming off a weekend set versus the White Sox. After a split in the first two games, on Sunday the Indians managed a shutout victory. As for the Royals, they played the Twins over the weekend. Kansas City also split their first two games, and on Sunday the Royals fell in a blowout. Check back all season long for free MLB picks at Sports Chat Place.

Cleveland posted a 5-3 victory over the White Sox on Friday in the series opener, but then lost 7-3 on Saturday. In the Sunday rubber match, the Indians couldn’t score in a 5-0 defeat. Starter Zach Plesac managed 5.2 innings with three hits, four walks and six strikeouts.

For the starting pitcher role on Sunday, the Indians will send out Aaron Civale. Over his five appearances so far this year, Civale has 33.2 innings with 22 hits, 12 runs (11 earned), four homers allowed, nine walks, 26 strikeouts and a 2.94 ERA.

Over on the Royals’ side, they took a rough loss Friday 9-1 but bounced back well on Saturday with an 11-3 win. In the Sunday game, Kansas City posted eight hits in a 13-4 defeat. Starter Brad Keller went 4.1 innings with six hits and two earned.

For the Monday starter role, the Royals will send out Jakob Junis. Across his 23.1 innings of work so far this year, Junis has 20 hits, nine earned runs, one homer allowed, seven walks, 27 strikeouts and a 3.47 ERA overall.

PICK: I’m going to stick with the Indians here. Junis managed his first quality start of the season his last time up with two earned in 6.1 innings. He had to take the loss due to just one run from the KC offense, however. As for Civale, he gave up four earned in his last start but overall has done well with a 4-0 record and a 2.94 ERA. I like Civale to win the starter battle here and put the Indians in a good spot. 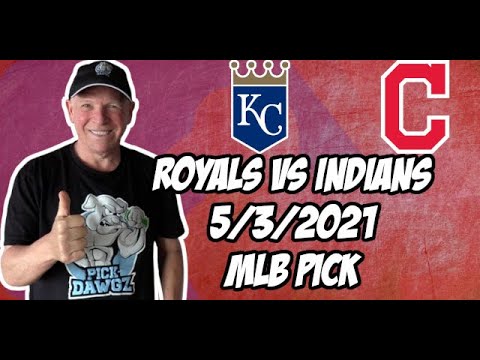