TV: NBCSCA, SNET-1 Stream the MLB Game of the Day all season on ESPN+. Sign up now!

The Toronto Blue Jays and the Oakland A’s meet in MLB action from RingCentral Coliseum on Monday night.

The Toronto Blue Jays will look to build on their 7-2 win over Atlanta on Sunday. Vladimir Guerrero Jr. leads the Blue Jays across the board with a .337 batting average, a .486 OBP, 29 hits with 7 home runs and 20 RBIs. Bo Bichette also has 7 home runs with 16 RBIs as well as a team-high 6 doubles while Cavan Biggio has the dubious distinction of leading Toronto with 30 strikeouts this season. Steven Matz will start on Monday and is 4-1 with a 4.00 ERA and 27 strikeouts this season. This will be Matz’s second career start against the A’s.

The Oakland A’s will look to build on a 7-5 win over Baltimore in their last matchup. Matt Olson leads the A’s with a .314 batting average, 27 hits and 7 home runs while sharing the team lead in RBIs with Jed Lowrie as both have 19 RBIs on the year. Mark Canha has a .389 OBP while Ramon Laureano and Matt Chapman each have a pair of triples while Olson and Lowrie each have a team-high 6 doubles as well on the season. Frankie Montas is expected to start here and is 2-2 with a 6.20 ERA and 25 strikeouts this season. This will be Montas’ first career start against Toronto.

You’re not going to get Oakland and cheap prices very often in the future, and Toronto is going to be a team to watch in the coming months but I think for Monday’s matchup, it’s shaping out to be a pitcher’s duel. Matz will likely be better after facing a team that’s not a familiar face like Washington was and Montas has had good stuff when he’s really on for Oakland. I think a low scoring battle is in store on Monday, so give me the under. 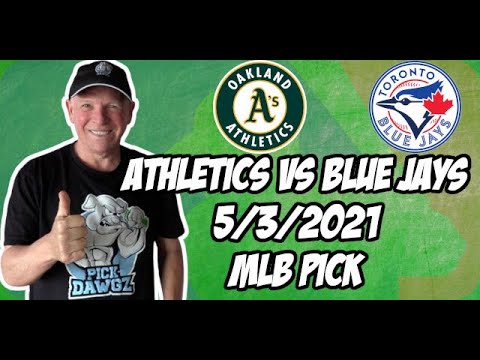