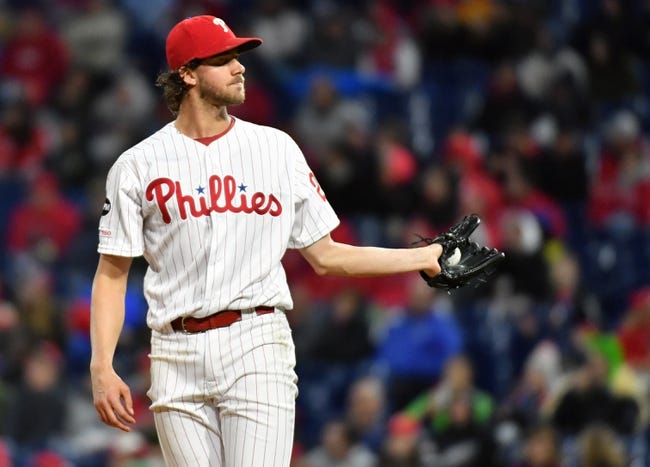 TV: Bally Sports Wisconsin, PHL 17 Stream the MLB Game of the Day all season on ESPN+. Sign up now!

The Milwaukee Brewers and the Philadelphia Phillies meet in MLB action from Citizens Bank Park on Monday night.

The Milwaukee Brewers will be looking to rebound from a 16-4 beatdown loss to the Dogers in their last matchup.Travis Shaw leads the Brewers with 5 home runs and 21 RBIs while Avisail Garcia has a .311 OBP and Omar Narvaez has a team-high 25 hits and is one of three Brewers with 4 doubles this season. Jackie Bradley Jr. has a pair of triples and 31 strikeouts while Keston Hiura has 32 strikeouts to lead the Brewers in that dubious category. Adrian Houser is expected to start on Monday and is 2-2 with a 3.65 ERA and 19 strikeouts this season. This will be Houser’s first career start against the Phillies.

The Philadelphia Phillies will look to rebound from an 8-7 loss at the hands of the Mets on Sunday night. Bryce Harper leads the Phillies with a .317 batting average and a .446 OBP with Rhys Hoskins leading Philly with 8 home runs and 8 doubles. Didi Gregorius has a team-high 17 RBIs while Hosking also has a team-high 27 hits but leads the Phillies with a whopping 38 strikeouts this season. Vince Velasquez is slated to start on Monday and is 0-0 with a 6.57 ERA and 18 strikeouts this season. In his career, Velasquez is 1-1 with a 13.50 ERA and 14 strikeouts against the Brewers.

I get the case that could be made both ways, but even with the big loss to the Dodgers, the Brewers have been a huge cash cow for us in the early going this season and I don’t think it stops here. Houser’s not an ace by any stretch, but he’s a better starting pitcher than Vince Velasquez who has been beat around more often than not in my time capping baseball. I think we’re getting decent value with the Brew Crew here, so give me the Brewers here.