The Baltimore Orioles and the Seattle Mariners meet Monday in MLB action from T-Mobile Park.

Baltimore is coming off a series versus the A’s this past weekend. The Orioles won the first two games, then on Sunday Baltimore couldn’t complete the sweep and lost by two runs. As for the Mariners, they played the Angels in their last set. Seattle split the first pair, then on Sunday the Mariners secured a shutout victory. Check back all season long for free MLB picks at Sports Chat Place.

Baltimore played pretty well versus the A’s this weekend, bagging a 3-2 win Friday and another 8-4 on Saturday. In the Sunday game the Orioles couldn’t make it three in a row, posting a 7-5 defeat. Starting pitcher Bruce Zimmerman put up 4.2 innings with three earned and four Ks.

For the Monday starting pitcher role, the Orioles will send out Dean Kremer. Over his 15.0 innings of work so far this year, Kremer has 24 hits, 14 earned runs, four homers allowed, six walks, 18 strikeouts and an 8.40 ERA overall.

Over on the Mariners’ side, they put up a 7-4 win over the Angels on Friday, but then lost the Saturday matchup 10-5. In the Sunday rubber match, Seattle managed two runs on five hits in a 2-0 win. Starter Justus Sheffield went 6.0 innings with two hits and no earned in the victory.

For the Monday starting pitcher role, the Mariners are looking like they'll turn to Erik Swanson. This will be a bullpen game; Seattle has had to shuffle a lot of things around due to injuries in their rotation.

PICK: I’m going to stick with the Mariners. Kremer had a bad outing his last time up, giving up six earned runs in 4.1 innings versus the Yankees. Kremer had two homers and 10 hits in that one, which was a stark contrast to a pretty solid start versus the Rangers on April 17. In any case, if Seattle can bang out a few early hits in this one, I think they’ll be in good shape for a victory. 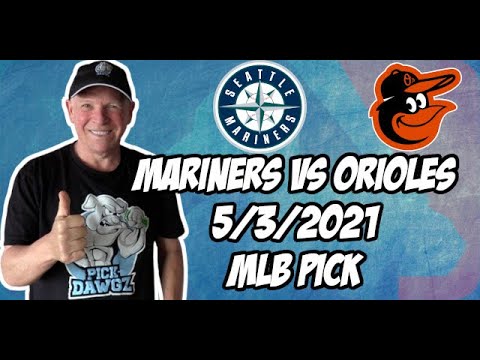