TV: NESN, Bally Sports Detroit Stream the MLB Game of the Day all season on ESPN+. Sign up now!

The Detroit Tigers and the Boston Red Sox meet in MLB action from Fenway Park on Tuesday night.

The Detroit Tigers will be eager to bounce back from a 2-0 loss at the hands of the New York Yankees in their last matchup on Sunday. Jeimer Candelario and JaCoby Jones were responsible for the two hits for the Tigers in the losing effort as the rest of the squad batted 0 for 22 with 8 strikeouts in the losing effort. Jose Urena ended up taking the loss, falling to 1-4 on the year despite giving up just two runs on three hits with 7 strikeouts over seven innings of work. Michael Fulmer is expected to start here and is 1-1 with a 3.86 ERA and 20 strikeouts this season. In his career, Fulmer is 0-1 with a 4.19 ERA and 8 strikeouts against Boston.

The Boston Red Sox will try to bounce back from a 5-3 loss to the Rangers in Sunday’s series finale. Xander Bogaerts had a solo home run, going 3 for 4 at the dish while Hunter Renfroe and Enrique Hernandez each had an RBI to cap off Boston’s scoring in the loss. Kevin Plawecki and Marwin Gonzalez each had a double while Alex Verdugo went 2 for 4 at the plate to cap off Boston’s offense in the loss. Garrett Richards allowed one run on four hits with seven strikeouts over six innings of work, not factoring in the decision. Adam Ottavino ended up with the loss in relief to fall to 2-2 on the year. Nick Pivetta will start here and is 3-0 with a 2.81 ERA and 25 strikeouts this season. This will be Pivetta’s first career start against Detroit.

I find myself trying to make a case for the Tigers and the plus money as Fulmer’s showing signs of reverting back to his above average from, but the Tigers are still the Tigers and are losing games left and right. Boston’s still one of the most pleasant surprises I the majors so far and Nick Pivetta ias a big part of that as he appears to have turned a corner in his career and is a pillar in this Red Sox rotation. I look for the Red Sox to put the hammer down on the Tigers here but for Fulmer to hold his own early on. So give me the under here. 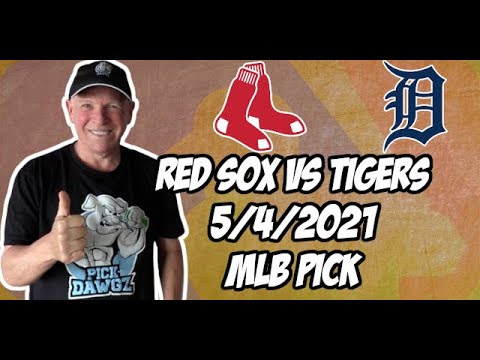