TV: BSNO, BSW+ Stream the MLB Game of the Day all season on ESPN+. Sign up now!

The Texas Rangers look for a win after splitting their last eight games. The Rangers have scored 18 runs in their last three games and four or more runs in six of their last eight games. The Rangers have won four of their last five games when scoring four or more runs. Isiah Kiner-Falefa leads the Rangers with 34 hits and 12 RBI while Nick Solak and Nate Lowe have combined for 63 hits and 39 RBI. Kyle Gibson gets the ball, and he is 3-0 with a 2.16 ERA and 27 strikeouts this season. This will be Gibson’s first career game against the Twins.

The Minnesota Twins look for a win after winning four of their last five games. The Twins have scored 22 runs in their last three games and four or more runs in five of their last six games. The Twins have won five of their last seven games when scoring four or more runs. Byron Buxton leads the Twins with 31 hits and 15 RBI while Nelson Cruz and Luis Arraez have combined for 53 hits and 32 RBI. J.A. Happ gets the ball, and he is 2-0 with a 1.96 ERA and 13 strikeouts this season. Happ is 5-2 with a 3.19 ERA and 46 strikeouts in his career against the Rangers.

Kyle Gibson has been solid this season, but the Rangers have been hit or miss and it's only a matter of time before the offense goes in another slump. The Minnesota Twins are starting to look like the team we expected to see this season and J.A. Happ has been absolutely dominant through 23 innings, not something you expect to see from a 38-year-old. With Happ on the hill and a Twins offense that's starting to break out of this funk, I'll side with the home team and reasonable price. 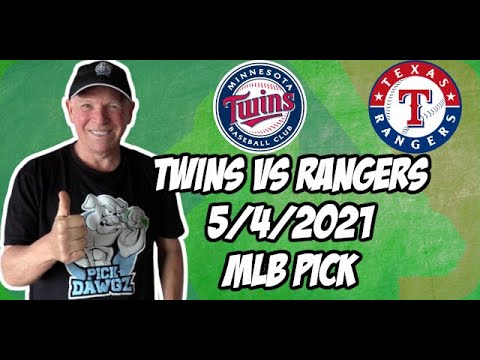