TV: NSCA Stream the MLB Game of the Day all season on ESPN+. Sign up now!

The Toronto Blue Jays are scoring enough to be worth a look in the underdog role, but they're throwing out a pitcher in Anthony Kay who hasn't pitched in three weeks and has just 3.1 innings under his belt this season. Cole Irvin has held his own through 27 innings and seems to be getting better and stronger through his last three starts. With two teams tearing the cover off the ball now, I give the Athletics the edge because of the starting pitching. 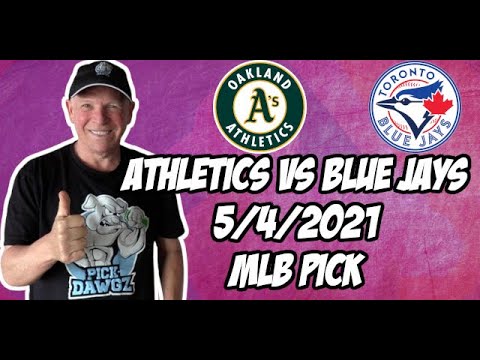