The Pittsburgh Pirates and the San Diego Padres meet in NHL action from Petco Park on Tuesday night.

The Pittsburgh Pirates will look to rebound from a 2-0 loss to the Padres on Monday. Bryan Reynolds logged a double for the Pirates while Adam Frazier, Phillip Evans and Tyler Anderson each had a base hit as the Pirates cranked out just four hits as a team in the losing effort. Anderson took the loss on the mound, falling to 2-3 this season after allowing two earned runs on two hits with five strikeouts over 6.2 innings of work. Mitch Keller will start here and is 1-3 with an 8.20 ERA and 19 strikeouts this season. This will be Keller’s second career start against the Padres.

The San Diego Padres will look to build on their victory over the Pirates in their last matchup. Austin Nola had a double and an RBI and Tommy Pham added an RBI as well to cap off the scoring for San Diego in the winning effort. Wil Myers and Ha-Seong Kim each had a base hit as well to finish off the Padres’ offense as San Diego had just three hits as a team in the winning effort. Tim Hill ended up picking up the win with a scoreless inning of relief while Mark Melancon closed things out for his 10th save of the season. Ryan Weathers will start here and is 1-0 with a 0.55 ERA and 16 strikeouts this season. This will be Weathers' first career start against Pittsburgh

I’m not overly fond of laying this much juice with a fairly unknown pitcher in Weathers and going on the runline isn’t ideal either, but I feel it’s the only choice here as backing Keller and the Pirates in their current from isn’t an option. The Pirates just have too many weapons to hit the Pirates from all sorts of angles, so give me the Padres -1.5 here. 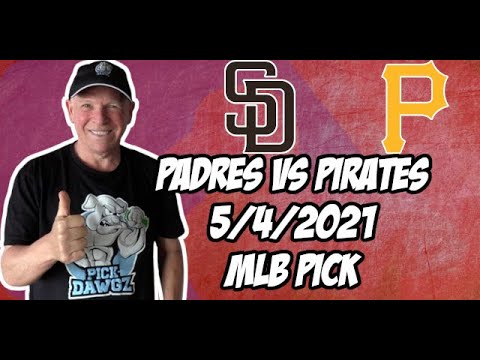