This will be the second installment in a four-game series between these teams this week. In the Monday opener, the Cardinals pulled out a tense one-run victory. Check back all season long for free MLB picks at Sports Chat Place.

New York played the Phillies over the weekend and took the series with victories on Saturday and Sunday. In the Monday game versus St. Louis, New York had a 5-2 lead going into the bottom of the third but blew it in an eventual 6-5 loss. Starter Joey Lucchesi put up 2.2 innings with six earned.

For the Tuesday game two starting pitcher job, the Mets will turn to Jacob deGrom. Over his five starts so far, deGrom has 35.0 innings with 16 hits, five runs (two earned), two homers allowed, four walks, 59 strikeouts and a nice 0.51 ERA.

Over on the Cardinals’ side, they didn’t have much trouble with the Pirates over the weekend, winning all three games. In the Monday game versus the Mets, St. Louis bagged four runs in the bottom of the third frame and held on for the win. Adam Wainwright went 5.2 innings with five earned on seven hits.

For the Tuesday starting pitcher role, the Cardinals will go with Kwang-hyun Kim. In his 13.2 innings of work so far this year, Kim has 17 hits with five earned runs, one homer allowed, one walk, 16 strikeouts and a 3.29 ERA.

PICK: I’m going to stick with the Mets. This year deGrom has been rolling right along, giving up just two earned runs in 35.0 innings. The bad news is that deGrom’s record is just 2-2, as the Mets sometimes have issues backing him up on offense and with the pen. In any case, this should be a good starting pitcher matchup as Kim has been solid in his last pair. With deGrom on the mound I’m leaning toward New York, though. 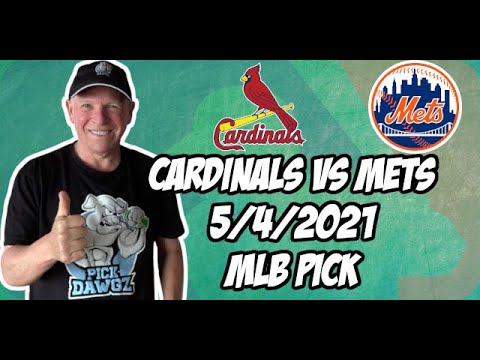