The Detroit Tigers and the Boston Red Sox meet Wednesday in MLB action from Fenway Park.

This will be the second installment in a three-game set between these teams this week. In the Tuesday opener, Boston walked away with a big four-run victory. Check back all season long for free MLB picks at Sports Chat Place.

Detroit had some trouble with the Yankees over the weekend, falling in three straight games by a combined 18-4 score. In the Tuesday game versus Boston, the Tigers gave up seven runs in the first two innings on the way to an 11-7 loss. Starter Michael Fulmer went 0.2 innings with four hits and two earned.
For the Wednesday starting pitcher role, the Tigers are sending out Casey Mize. Over his five outings so far this season, Mize has 26.2 innings with 27 hits, 15 earned runs, five homers allowed, 10 walks, 20 strikeouts and a 5.06 ERA.

Over on the Red Sox’ side, they played the Rangers over the weekend, losing two of the three games in that set. In the Tuesday matchup, Boston had the bats moving on 14 hits but also tallied three errors. Starter Nick Pivetta finished on 5.0 innings with six hits and three earned.
For the starter role on Wednesday, the Red Sox will go with Martin Perez. So far this year, Perez has 23.0 innings with 25 hits, 13 runs (12 earned), one homer allowed, nine walks, 22 strikeouts and a 4.70 ERA overall.

PICK: I’m going to take the Red Sox in this one. Perez has had a few shaky starts this season, but he’s coming off a good one with 5.2 innings and one earned on five hits versus the Rangers. As for Mize, he took a step forward in his last start (6.0 innings; three earned) but has been up-and-down this year himself as well. I like Perez to win the starter battle here and give a lift to the Sox. 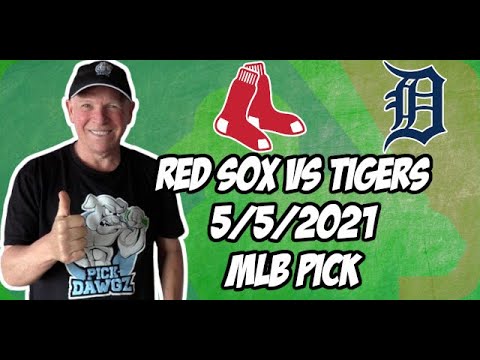