This will be the second installment in a quick two-game set between these teams this week. In the Tuesday game, the White Sox secured a huge shutout win. Check back all season long for free MLB picks at Sports Chat Place.

Chicago had some trouble with the Indians over the weekend, winning 7-3 on Saturday but falling in the other two games. On Tuesday versus the Reds, the White Sox scored three runs in both the second and fourth innings on the way to a 9-0 shutout victory.

For the Wednesday starting pitcher job, the White Sox are going with Dallas Keuchel. Over his six appearances and 31.0 innings of work so far, Keuchel has 30 hits, 18 runs (16 earned), three homers allowed, 11 walks, 16 Ks and a 4.65 ERA.

Over on the Reds’ side, they played the Cubs over the weekend, losing 3-2 on Saturday but winning the other pair to take the series. In the Tuesday game, Cincinnati managed just two hits and couldn’t keep up with Chicago on the scoreboard. Starter Jeff Hoffman gave up four earned on five hits in 2.1 innings in the defeat.
For the Wednesday starting pitcher role, the Reds are going with Sonny Gray. In his trio of outings this year, Gray has 13.2 innings, 16 hits, nine earned runs, three homers allowed, eight walks, 23 strikeouts and a 5.93 ERA.

PICK: I’m going to take a shot on the White Sox here. Gray has been pretty uneven in his first three starts, but he looked solid against the Dodgers his last time up with 5.2 innings and two earned. As for Keuchel, he had a couple of good starts going before his last appearance. In that one he gave up four earned on four hits in 6.0 innings to Cleveland. I like Keuchel to bounce back with a good effort here and help the Sox get a win. 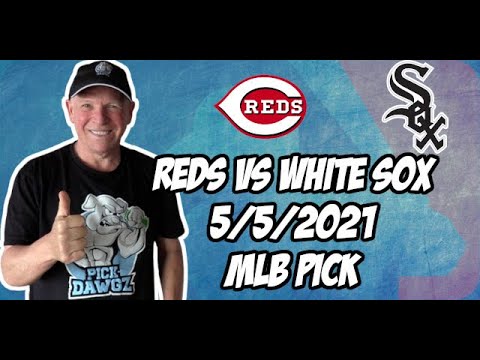