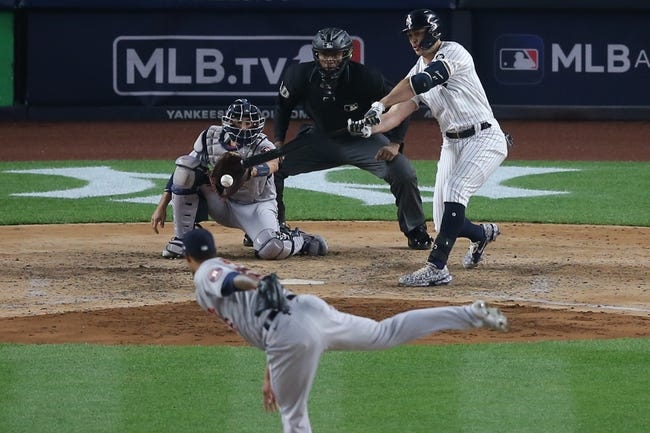 TV: ATT SportsNet-SW, YES Stream the MLB Game of the Day all season on ESPN+. Sign up now!

The Houston Astros and the New York Yankees meet in MLB action from Yankee Stadium on Wednesday night.

The Houston Astros will look to rebound from a 7-3 loss at the hands of the Yankees last time out. Yuli Gurriel and Alex Bregman each went 2 for 4 with an RBI with Bregman putting up a solo home run while Gurriel added a double. Michael Brantley added a solo home run of his own to cap off the scoring for the Astros in the loss. Yordan Alvarez went 2 for 4 at the dish while Jason Castro added a base hit as well to finish off Houston’s offense as a team in the loss. Zack Greinke gave up three runs on three hits with four strikeouts over four innings of work, not factoring in the decision. Brandon Bielak ended up with the loss to fall to 1-1 on the year. Luis Garcia will start here and is 9-3 with a 2.70 ERA and 20 strikeouts this season. This will be Garcia’s first career start against the Yankees.

The New York Yankees will look to keep their momentum going after their win over the Astros last time out. Giancarlo Stanton led the way, going 4 for 5 with a home run, a double and three RBIs while DJ LeMahieu went 2 for 4 with an RBI as well. Aaron Jurdge, Gio Urshela and Aaron Hicks each had a base hit as well to finish off the offense for the Yankees in the victory. Domingo German gave up three runs on four hits with six strikeouts over five innings, not factoring in the decision. Lucas Luetge got the win to improve his record to 2-0 on the year. Jordan Montgomery will start here and is 1-1 with a 4.39 ERA and 24 strikeouts this season. In his career, Montgomery is 0-1 with a 5.11 ERA and 11 strikeouts against Houston.

Wednesday’s matchup is far less trustworthy than Tuesday’s, and that game still found a way to hit double-digits. I think Garcia and Montgomery both get touched up by the opposing offenses in another game that hits double figures so give me the over in this one. 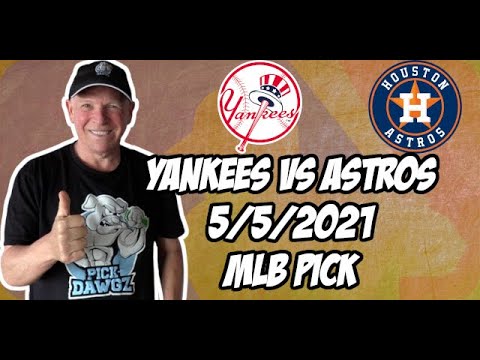