TV: RSN1, NSC+ Stream the MLB Game of the Day all season on ESPN+. Sign up now!

The Oakland Athletics look for a win after splitting their last 10 games. The shave scored 16 runs in their last three games and four or more runs in four straight games. The Athletics have won 10 of their last 11 games when scoring four or more runs. Jed Lowrie leads the Athletics with 30 hits and 22 RBI while Mark Canha and Matt Olson have combined for 55 hits and 27 RBI. Chris Bassitt gets the ball, and he is 2-2 with a 3.93 ERA and 36 strikeouts this season. Bassitt is 0-1 with a 5.25 ERA and 14 strikeouts in his career against the Blue Jays.

The Toronto Blue Jays and plus money is worth a look, as they're a talented young team that can put up crooked numbers in a hurry. However, I'm not completely sold on Robbie Ray, especially on the road. The Oakland Athletics have also been easily the more consistent team here and don't lose when they score four or more runs. At home, it's hard to pass up the A's and the cheap price. 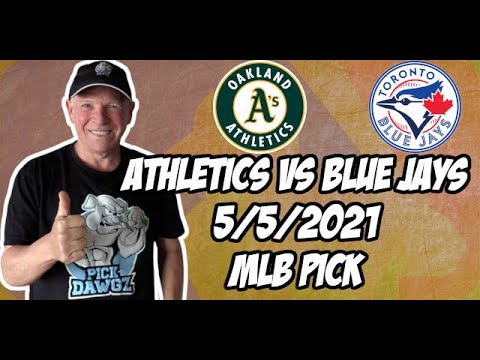