TV: MASN, RTNW Stream the MLB Game of the Day all season on ESPN+. Sign up now!

The Baltimore Orioles look for a win after splitting their last eight games. The Orioles have scored 12 runs in their last three games and four or more runs in four of their last six games. The Orioles have won nine of their last 10 games when scoring four or more runs. Cedric Mullins leads the Orioles with 38 hits and 11 RBI while Trey Mancini and Maikel Franco have combined for 51 hits and 39 RBI. John Means gets the ball, and he is 3-0 with a 1.70 ERA and 38 strikeouts this season. Means is 1-0 with a 3.00 ERA and nine strikeouts in his career against the Mariners.

Both the Orioles and Mariners have struggled with consistency over the last week or so, so it's hard to get a proper feel for either of these clubs. However, we're getting a cheaper price with John Means, a pitcher who has allowed just seven runs through 37 innings and is averaging a strikeout per inning. Means is allowing a .163 batting average on the season. Give me the O's and a red hot pitcher on the hill. 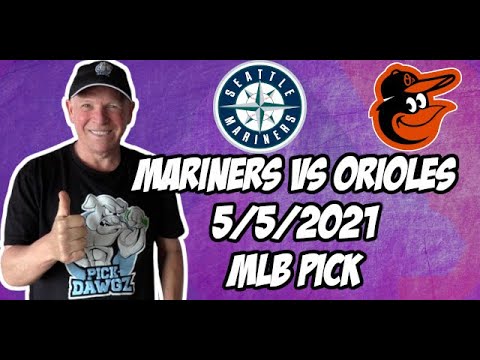