TV: SNY, Bally Sports Midwest+ Stream the MLB Game of the Day all season on ESPN+. Sign up now!

The New York Mets and the St. Louis Cardinals meet in game two of their double-header in MLB action from Busch Stadium on Wednesday.

The New York Mets will hope to build up some momentum in the second half of the double-header on Wednesday. Brandon Nimmo has a .318 batting average with a .430 OBP while Pete Alonso has a team-high 5 home runs and 16 RBIs. Alonso also has 6 doubles to share the team lead with Michael Conforto who also has 6 doubles. Alonso also has a team-leading 24 hits this season. The Mets did not have a starting pitcher named at the time that this article was posted.

The St. Louis Cardinals will hope to keep their momentum going after having Tuesday’s matchup postponed. Tommy Edman leads the Cardinals with 35 hits, a .294 batting average and a .354 OBP with a pair of triples as well while Paul DeJong has a team-high 6 home runs. Nolan Arenado has a team-high 21 RBIs with 5 homers while Paul DeJong, Tyler O’Neill and Yadier Molina each have 5 homers as well. Arenado leads the Cardinals with 9 doubles while Dylan Carlson has 7 doubles with a pair of triples as well this season. Johan Oviedo is expected to start here and is 0-0 with a 2.79 ERA and 11 strikeouts this season. This will be Oviedo’s first career start against the Mets.

It’s hard to really venture a guess without knowing who will oppose Oviedo for the Mets, but realistically outside of Stroman I’m not font of any of the opposing options for the Mets. I think the Cardinals are just far more consistent than the Mets and in a seven-inning game like this one, the starting pitching could be enough of an edge to give the lean to the Cards here. 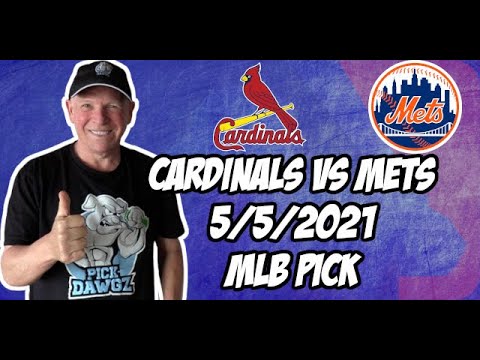