TV: Bally Sports South, MASN 2 Stream the MLB Game of the Day all season on ESPN+. Sign up now!

The Atlanta Braves and the Washington Nationals meet in an NL East division matchup in MLB action from Nationals Park on Wednesday.

The Atlanta Braves will look to build on their 6-1 win over the Nationals on Tuesday. Huascar Ynoa started on the mound, but helped his own cause with a 6th inning grand slam. Ronald Acuna Jr. went 2 for 5 with a solo home run and Willia Contreras added an RBI as well to cap off Atlanta’s scoring as a team in the win. Dansby Swanson went 2 for 3 with a double while Ozzie Albies added a base hit as well to cap off the Braves’ scoring as a team in the winning effort. Ynoa got the win to improve to 3-1 on the year after not allowing an earned run in seven innings with just four hits allowed and four strikeouts. Max Fried is expected to start here and is 0-1 with an 11.45 ERA and 14 strikeouts this season. In his career, Fried is 1-2 with a 6.48 ERA and 26 strikeouts against Washington.

The Washington Nationals will look to rebound after their loss to the Braves on Tuesday. Kyle Schwarber had Washington’s lone RBI while Trea Turner went 2 for 3 at the dish for the Nationals. Starlin Castro, Yan Gomes and Josh Bell each had a base hit to cap off Washington’s offense as the Nationals cranked out just five hits as a team in the losing effort. Joe Ross took the loss after allowing two runs on five hits with three strikeouts over 5.1 innings of work. Erick Fedde will start here and is 2-2 with a 4.43 ERA and 25 strikeouts this season. In his career, Fedde is 0-2 with a 14.06 ERA and 13 strikeouts against Atlanta.

I understand why plus money is worth taking a shot on with a lot of home dogs, but Washington isn’t that team just yet for me. The Nationals just haven’t been playing with enough consistency to make the plus money worth a shot. Max Fried’s had hit moments, but side-by-side, the Braves are the better team and should be able to beat up on Erick Fedde to get themselves a big win on Wednesday. 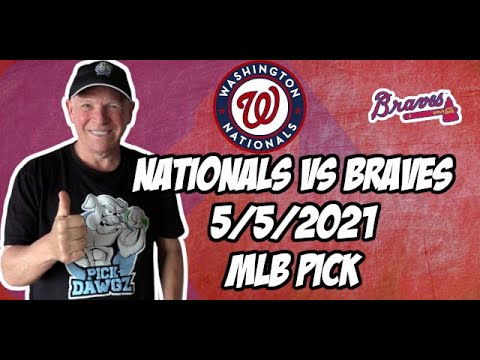