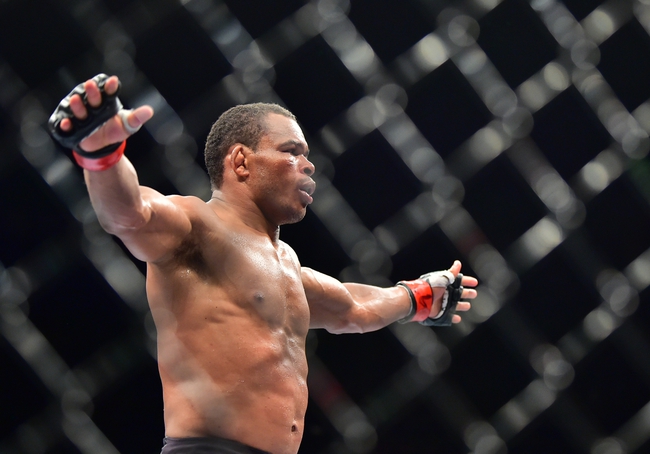 Francisco Trinaldo enters this fight with a 24-7 record and has won 46 percent of his fights by decision. Trinaldo has split his last six fights and is coming off a November win over Bobby Green. Trinaldo is averaging 3.27 significant strikes per minute with an accuracy percentage of 45 percent. Trinaldo is averaging 1.17 takedowns with an accuracy percentage of 45 percent. Trinaldo is coming off a solid showing at UFC Fight Night 164 and looks for back-to-back victories for the first time since 2016. Trinaldo has been hit or miss his last several fights, but that’s usually expected considering he’s approaching 42 years old. Trinaldo is known for his striking ability and punching power along with his background in kickboxing, but he has just three knockout wins in the last seven years. Trinaldo is still highly effective standing up, as his he delivers accurate strikes and is quite effective with his kicks. Trinaldo is also a brown belt in BJJ and has five submission victories, so he can hold his own on the canvas if needed, but three of his seven losses have come via submission. This will be Trinaldo’s 27th career fight in Brazil, his birthplace.

John Makdessi enters this fight with a 15-6 record and has won 53 percent of his fights by knockout. Makdessi has won four of his last five fights and is coming off a March (2019) win over Jesus Pinedo. Makdessi is averaging 5.43 significant strikes per minute with an accuracy percentage of 50 percent. Makdessi is averaging zero takedowns with an accuracy percentage of zero percent. Makdessi has strung together three straight decision victories since that nasty knockout loss in UFC 206. Each of Makdessi’s last four wins have come by decision, and he’s won eight of his career 11 decisions overall. Makdessi is a striker at heart with black belts in Taekwondo and Shotokan, and he does his best work by far standing up. Makdessi is solid at defending takedowns, and he really wants little to do with the canvas, as all 17 of his wins have ended via knockout or decision. With a thick build and strong jabs and kicks, Makdessi is a fighter who thrives on his feet where he can tap into a variety of power shots. This will be Makdessi’s first career fight in Brazil.

Makdessi is the younger fighter, is probably going to get the style he wants and has a power advantage at this stage of his career given his opponent is approaching 42 years old. However, Trinaldo is comfortable on his feet as well, and he still has some of that old man strength where he can get his opponent in the clinch and kind of control the fight from there. I look for Trinaldo to get his hands on Makdessi and deliver some strong knees, possibly even getting this fight to the canvas where his opponent does not want to be.

I’ll side with Trinaldo and the reasonable price.