What Are The Latest Submissions In UFC History? 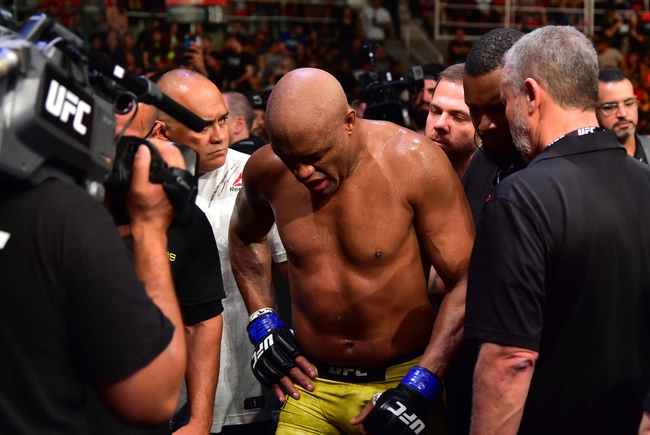 The UFC Submissions That Took The Longest To Complete

There’s nothing like a good submission, as finding position and then locking in a hold is an art form that takes years to master and there’s always new ways to approach things. Submissions are even better later in the fight when it looks the bout is going to a decision. There’s been some historically late submissions. Get UFC Picks and MMA Predictions at Sports Chat Place.

Here are the latest submissions in UFC history.

1. Demetrious Johnson, UFC 186, 4:59 of fifth round - Demetrious Johnson looked like he was padding on the fifth round with ground and pound and going to beat Kyoji Horiguchi in a one-sided decision. However, literally at the last second, Johnson reversed his positioning and straightened out Horiguchi’s arm to lock in an armbar. With one second on the clock, Johnson was rewarded with his ninth submission victory and successfully defended the UFC Flyweight Championship.

2. Frankie Edgar, UFC Fight Night 57, 4:56 of fifth round - Cub Swanson was getting peppered with ground and pound and looked like he was waiting for the clock to run out to stop the beating. Frankie Edgar wasn’t satisfied with a decision victory, so he locked in a neck crank with little time to spare and forced the tap. Edgar earned performance of the night honors in the victory.

3. Demetrious Johnson, UFC on Fox 8, 3:43 of fifth round - A couple of years before the Horiguchi submission, Demetrious Johnson locked in an armbar on John Moraga and defended the UFC Flyweight Championship for the second time while also earning submission of the night. It was simply masterful ground work from Mighty Mouse.

4. Miesha Tate, UFC 196, 3:30 of fifth round - Miesha Tate went back and forth with the champion Holly Holm and was able to lock in a rear-naked choke in the crucial fifth round. Holm refused to tap, so Tate was rewarded with a technical submission when her opponent went unconscious. Tate was rewarded with the UFC Women's Bantamweight Championship and Holm hasn’t exactly been the same since this fight.

5. Anderson Silva, UFC 117, 3:10 of fifth round - Chael Sonnen was dominating Anderson Silva for much of the first four rounds, but the beauty about fighting is that the score doesn’t mean anything until the fight is over. Silva was able to lock in a triangle armbar with less than two minutes to go and successfully defend his UFC Middleweight title. Just a gut-wrenching loss for Sonnen, and it kept a ridiculous winning streak alive for Silva.

The pick in this article is the opinion of the writer, not a Sports Chat Place site consensus.
Previous Pick
What's The Fastest Submissions In UFC History?
Next Pick
Who Has The Most Decision Bouts In UFC History?