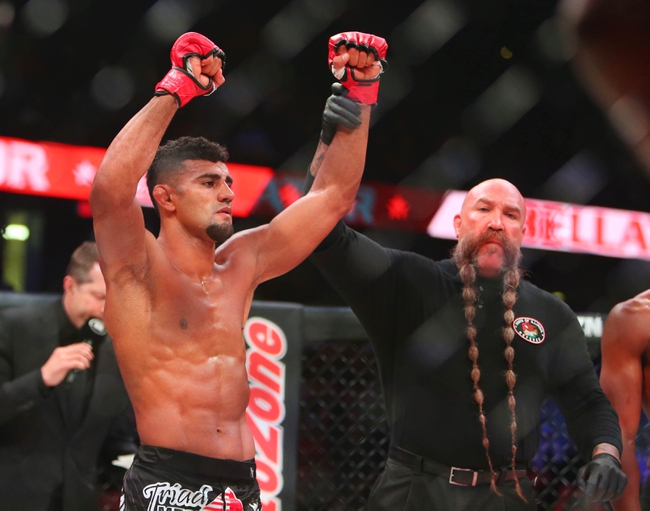 Douglas Lima and Gegard Mousasi fight Saturday during Bellator 242 at the SAP Center.

Douglas Lima enters this fight with a 32-7 record and has won 50 percent of his fights by knockout. Lima has won eight of his last 10 fights and is coming off an October win over Rory MacDonald. Lima is coming off one of the bigger wins of his career where he won the Bellator Welterweight World Grand Prix and Bellator Welterweight World Championship. Lima is obviously no stranger to the welterweight title and he hopes he can keep this belt a little longer than he has in the past. Lima is one of the more accomplished fighters outside of the UFC and is relatable anywhere the fight goes. Lima has one punch knockout power and is quite the athlete on his feet where opponents must watch for head kicks and flying knees. Nothing is off the table on the feet with Lima. The Phenom also has a deep background in BJJ and Muay Thai, which includes a 21-0 Muay Thai amateur record and 12 submission victories on his MMA professional resume. Lima is more than comfortable anywhere the fight goes and has produced finishes in 26 of his 32 career victories. This will be Lima’s third career fight in California.

Gegard Mousasi enters this fight with a 46-7-2 record and has won 57 percent of his fights by knockout. Mousasi has won 10 of his last 12 fights and is coming off a September win over Lyoto Machida. Mousasi just won a tight split decision and is now right back in the title picture after losing the Middleweight World Championship to Rafael Lovato Jr. back at Bellator 223. Mousasi is now 4-1 undefeated the Bellator banner after leaving the UFC after his victory at UFC 210. Mousasi is an accurate, powerful striker who likes to pressure his opponent and dictate the pace of the fight. Mousasi comes from a kickboxing, boxing and judo background, and he’s considered one of the more balanced fighters in the sport. Mousasi controls distance well on his feet and his black belt in judo makes him extremely dangerous with takedown attempts and control once on the canvas. It’s tough to find a weakness in Mousasi’s game, and he’s lost just four times in the last seven years. This will be Mousasi’s sixth career fight in California.

Mousasi is the bigger fighter who will probably have a bigger say on where the fight goes and should be able to make Lima uncomfortable with how he controls the distance on the feet and how he stuffs takedown attempts. With that said, we’re getting one of the more powerful strikers in the sport at plus money and a guy who can also hold his own on the canvas when needed. When you get a matchup like this, picking sides is really like splitting hairs. You can go either way.

Lima is too good to turn down this price.