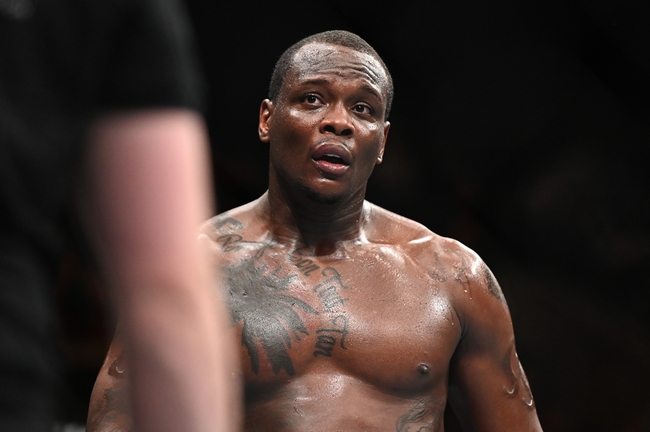 Ben Rothwell enters this fight with a 37-12 record and has won 76 percent of his fights by knockout. Rothwell has split his last six fights and is coming off a December win over Stefan Struve. Rothwell is averaging 3.34 significant strikes per minute with an accuracy percentage of 42 percent. Rothwell is averaging 0.66 takedowns with an accuracy percentage of 33 percent. Rothwell snapped a much needed three-fight losing streak with a second round knockout, a fight he was probably losing on the cards. Rothwell has now finished each of his last six victories and looks for back-to-back wins for the first time since 2015-16. Despite the shaky form and the fact he’ll turn 39 years old near the end of this year, Rothwell is a violent heavyweight who stands at 6’4” and has an 80-inch reach. Rothwell has pure striking power in his hands where every attempt can drop his opponent, and he uses his legs well for a big guy and has a kickboxing background. Rothwell is a purple belt in Brazilian Jiu-Jitsu and has six career submissions, so he can hold his own in the clinch and on the ground if needed. This will be Rothwell’s second career fight in Florida.

Ovince Saint Preux enters this fight with a 24-13 record and has won 46 percent of his fights by knockout. Saint Preux has split his last six fights and is coming off a September win over Michal Oleksiejczuk. Saint Preux is averaging 2.59 significant strikes per minute with an accuracy percentage of 46 percent. Saint Preux is averaging 1.34 takedowns with an accuracy percentage of 40 percent. Saint Preux rebounded from back-to-back losses with a second round Von Flue choke victory that earned him performance of the night honors at UFC Fight Night 160. Saint Preux has been hit or miss the last five years, but that victory could be the turning point for the 37-year-old American. Saint Preux is one of the more proven fighters in the light heavyweight devision and is extremely dangerous standing up, with knockout power in both hands and some devastating leg kicks. Saint Preux isn’t the fighter you can rush in on due to his striking ability and above-average takedown defense, and he has one of the best ground and pounds if the fight does go to the canvas. Saint Preux has enough wrestling to survive on the ground, but he’s most effective on his feet where he can unleash his power and use his unique combination of size and athleticism. This will be Saint Preux’s second career fight in Florida, his birth state.

This is going to be an interesting fight, as Saint Preux is moving from light heavyweight to heavyweight, so his speed and athleticism could thrive in a division filled with slower, bigger guys. As long as Saint Preux wears the added pounds well, this could be the move he needs to recharge his career. That’s the reason I’m siding with OSP, as his quickness and athleticism is something Rothwell doesn’t face often in this class. Rothwell may have the raw striking power edge standing up, but he’s also looked awful in a lot of his recent fights.

I give the edge to OSP in this bout, but I wouldn’t be shocked at whatever outcome.  CLICK HERE TO BET THIS UFC FIGHT