Which UFC Fighter had the most wins by Knockout? 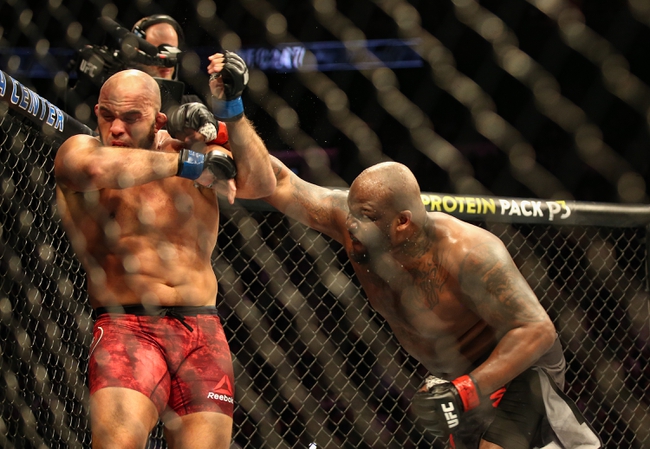 The UFC Fighter With the Most Wins by Knockout

The Ten UFC Fighter's with the Most Wins by Knockout

Which UFC Fighter had the most wins by Knockout?

Is there anything more exciting in the UFC than a knockout? There have been plenty of UFC fighters who have had plenty of knockouts during their career. Let’s take a look at the ten UFC Fighters with the most knockouts in their career. Check back before every UFC event for free picks on every fight at Sports Chat Place.

Donald Cerrone has the most wins in UFC history and is tied for sixth place with 10 knockouts during his career.

Each of Derrick Lewis’s last two wins has been by decision, but when he does finish a fight, he usually puts on a show with them.In October of 2018 against Alexander Volkov and there was only 11 seconds left when he finished the fight with a knockout.

Each of Cain Velasquez’s last three wins in the UFC came by knockout, Against Junior dos Santos it was a punch and slam that finished the job.

Chuck Lidell is one of the most popular fighters in UFC history, and a big reason was because of his incredible knockouts.

11 of Matt Brown’s wins have been by knockouts, and in his losses it was also usually a knockout that ended the fight.

Each of the last two wins by Thiago Santos in the UFC was by punches. Outside of the UFC he also finished four fights by knockouts.

If Anthony Johnson was winning a fight, it was usually a knockout that was getting the job done. Throughout his entire career he had 16 wins by knockout.

Anderson Silva really struggled at the end of his career but early in his career he had some vicious knockouts.

The guy with the most wins during their UFC career was Victor Belfort who had 12 knockouts during his career.His last knockout was against Dan Henderson in November of 2015.

The pick in this article is the opinion of the writer, not a Sports Chat Place site consensus.
Previous Pick
What UFC Fighter Had The Most Wins in Their Career?
Next Pick
Darrick Minner vs. Jordan Griffin - 6/13/20 UFC Fight Night 172 Pick, Odds, and Prediction