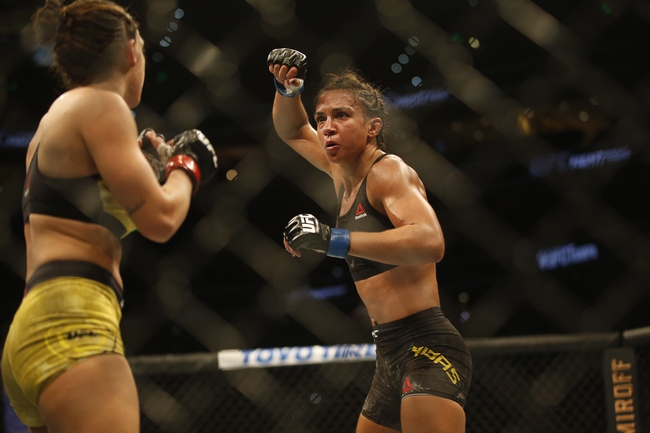 We head to Yas Island Beach Saturday for UFC 251.

In this article we’re going to take a look at a parlay that’s worth putting together during this UFC card.

This parlay will include some decent favorites that you can package together to lower the risk of betting them individually while making a profit.

Petr Yan, -213 - Jose Aldo is still dangerous, but he’s simply not the same fighter he was years ago as he approaches 34-years-old and is coming off back-to-back losses. Yan is a young scrapper from Russia who is on a roll and has some of the best boxing in this sport regardless of weight class. Yan should be able to pick his spots on the feet and cruise to either a comfortable decision or a knockout victory. Yan is the real deal and somebody I’m confidently backing in this bout.

Amanda Ribas, -1001 - Amanda Ribas has the edge over Paige VanZant wherever this fight goes, and she has a clear power advantage on the feet. Paige VanZant has been in a bit of a funk these past few years and is one of those fighters who just doesn’t do anything that blows you away. Ribas is the biggest favorite on the UFC 251 card for a reason and I don’t see a way VanZant can win this fight. We’ll just throw this fight in the parlay to sweeten the deal a bit.

Rose Namajunas, -190 - Jéssica Andrade won the first meeting against Thug Rose back in UFC 237, but people forget she was getting dominated up to the point of that slam, which Namajunas admits it was her mistake of not letting go. Namajunas was winning that fight comfortably before getting dropped on her head. Namajunas is the better technical fighter with a size advantage and has the ability to once again pick apart Andrade on her feet. Andrade only has an edge in power, and that wasn't much of an issue in the first contest. I see little reason why Namajunas doesn’t win this rematch.