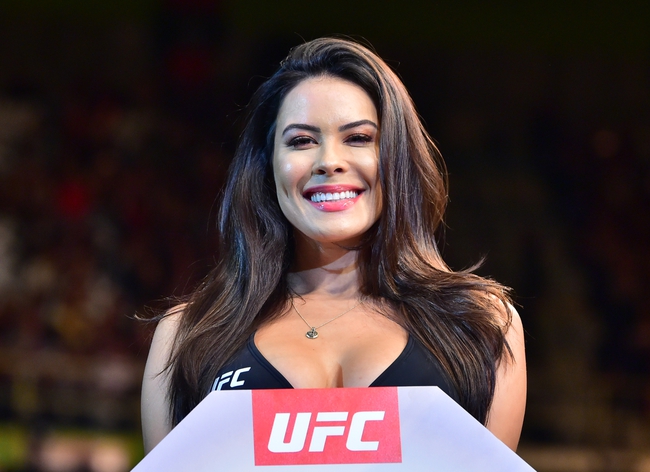 Movsar Evloev and Mike Grundy fight Saturday during UFC on ESPN 14 at the Flash Forum.

Movsar Evloev enters this fight with a 12-0 record and has won 42 percent of his fights by decision. This will be Evloev’s third fight since 2019 and is coming off an October win over Enrique Barzola. Evloev is averaging 4.03 significant strikes per minute with an accuracy percentage of 38 percent. Evloev is averaging 4.50 takedowns with an accuracy percentage of 33 percent. Evloev improved to 2-0 under the UFC banner with a decision victory at UFC Fight Night 162 where he landed 78 total strikes and produced four takedowns. Evloev has seen both of his UFC fights end in decisions, and he’s now won five decisions for his career. Evloev is a grappler at heart who wants a fight on the canvas where he wears on his opponent and doesn’t provide any breathing room. All four of Evloev’s submissions have come via rear-naked choke and he has some nice ground and pound as well. Evloev still has to improve his standup to become a more balanced fighter, but he should have everyones attention at this point. This will be Evloev’s first career fight in Abu Dhabi.

Mike Grundy enters this fight with a 12-1 record and has won 67 percent of his fights by submission. Grundy has won each of his last nine fights and is coming off a March (2019) win over Nad Narimani. Grundy is averaging 3.40 significant strikes per minute with an accuracy percentage of 58 percent. Grundy is averaging 1.55 takedowns with an accuracy percentage of 33 percent. Grundy won his UFC debut at UFC Fight Night 147 where he landed 36 total strikes, produced a takedown and was far and away more accurate with his significant shots. Grundy hasn’t lost a fight since his 2015 bout against Damian Stasiak during his BAMMA days. Grundy is a highly accomplished wrestler who is also a purple belt in BJJ, so there’s really no surprise on what he wants to do in the octagon. Grundy is quick with his takedown attempts, has terrific ground and pound and positions himself well when grappling. Five of Grundy’s victories during this winning streak have come via submission and three of his career submissions have come via D'Arce choke. This will be Grundy’s first career fight in Abu Dhabi.

This is going to be a fun fight if you’re a fan of wrestling, as both of these guys want a fight on the ground and don’t need a lot of room to find a submission hold. Grundy’s credentials are hard to bet against, but Evloev is the more polished MMA fighter at this stage and is somebody who could soon be fighting for a title. Grundy doesn’t have enough experience to trust in these situations and he’s been out of the octagon for a while.

I’ll lay the juice with Evloev, somebody who could soon be pushing the rest of this division.