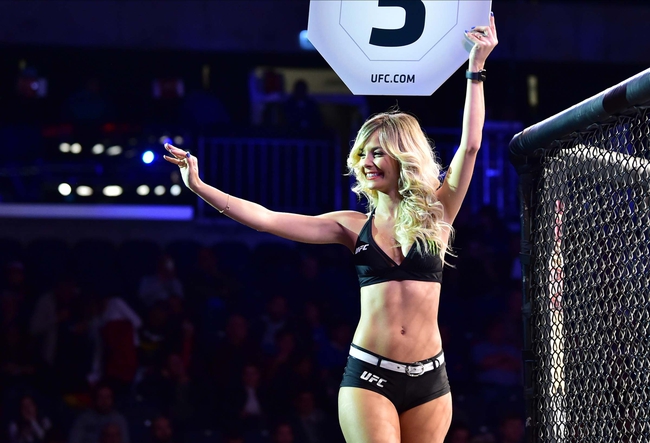 Ramazan Emeev and Niklas Stolze fight Saturday during UFC on ESPN 14 at the Flash Forum.

Ramazan Emeev enters this fight with a 18-4 record and has won 44 percent of his fights by decision. Emeev has won five of his last six fights and is coming off a November loss to Anthony Rocco Martin. Emeev is averaging 2.38 significant strikes per minute with an accuracy percentage of 43 percent. Emeev is averaging 1.50 takedowns with a accuracy percentage of 22 percent. Emeev watched his seven-fight winning streak come to an end at UFC Fight Night 163 where he are five more total strikes than his opponent and failed with all nine takedown attempts. Emeev now looks to avoid back-to-back losses for the first time in his career. Emeev is a 33-year-old Russian who has a background in Sambo and freestyle wrestling. Emeev wants to close the distance, get his hands around his opponent and kind of make things boring either in the clinch or on the ground. Each of Emeev’s last five fights have ended in decision, and he’s won eight of his 10 career decisions overall. Emeev has some power in his hands and can be aggressive on the feet, but he’s far more effective mucking things up a bit and coming out on top with the judges. This will be Emeev’s first career fight in Abu Dhabi.

Niklas Stolze enters this fight with a 12-3 record and has won 42 percent of his fights by submission. Stolze has won his last four fights and is coming off an April (2019) win over Omar Jesus Santana. Stolze will make his UFC debut on short notice after Shavkat Rakhmonov was forced to pull out due to injury. Stolze is a German who has bounced around his MMA career, but he’s also known for being a sparing partner for Conor McGregor, who helped the champion get ready for bouts against Jose Aldo and Nate Diaz. Stolze is obviously a polished striker who throws clean, powerful shots with not a lot of wasted motion. Stolze will throw in a leg kick once in a while, and he’s also a decent takedown artist who has three wins via rear-naked choke. All three of Stolze’s losses have come by decision and he hasn’t lost a fight in three years. This will be Stolze’s first career fight in Abu Dhabi.

Stolze has the higher probability of finishing this fight, so the monster plus money is worth a look. Stolze is the better striker and has enough takedown ability of his own where he can end things with ground and pound if he gets top position. The issue here is the experience edge of Emeev, and the fact he’s the far and away better wrestler. This feels like a fight where Emeev will get his hands on Stolze and wear his way to victory. A bit of a boring fight but it’s going to be enough to get the job done.

Give me Stolze by decision.