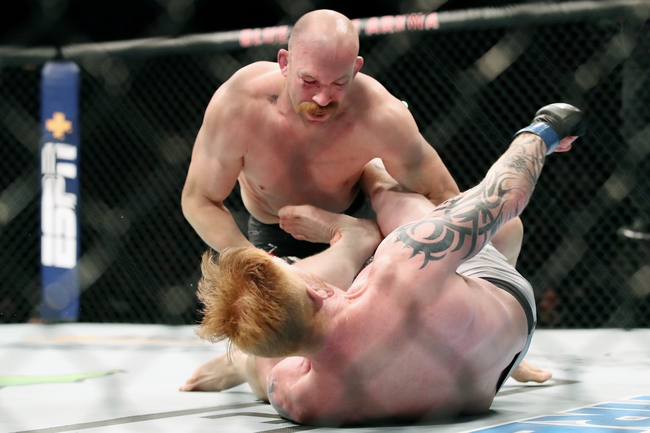 Ed Herman enters this fight with a 25-14-1 record and has won 52 percent of his fights by submission. Herman has split his last 10 fights and is coming off a November win over Khadis Ibragimov. Herman is averaging 3.33 significant strikes per minute with an accuracy percentage of 49 percent. Herman is averaging 2.20 takedowns with an accuracy percentage of 48 percent. Herman is coming off a decision win at UFC Fight Night 163 where he landed 121 total strikes and 57 percent of his significant strikes. Herman has produced back-to-back victories and looks to win three straight fights for the first time since 2011-12. Herman comes from a wrestling background and is a black belt in BJJ. Herman is known for his ground game and has 13 career submissions, but he’s also tough as nails and is willing to trade in the clinch while throwing bombs the other way. We saw it in his last fight, Herman can get nasty on the feet and land some powerful punches and knees. This will be Herman’s seventh career fight in Las Vegas.

This has a chance to be one of the better fights on the entire card, as both of these guys are high level submission artists but can also get busy on the feet where they pack a punch and have toughness. Meerschaert is probably the more balanced fighter between the two and is somebody you don’t want to go to the canvas with. However, Herman was absolutely dominant in his last fight and has the takedown defense that should allow him to maybe make Meerschaert uncomfortable. If Herman can get this fight in the clinch and land bombs like his last time out, he’s got more than a punchers chance.

I kind of like Herman and the big plus money.