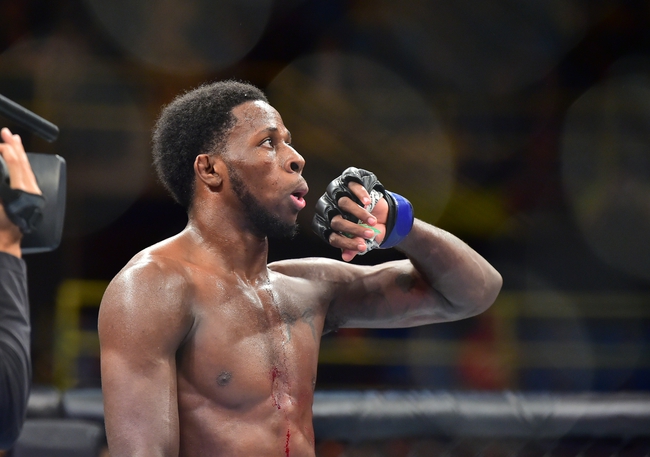 Vicente Luque enters this fight with a 18-7-1 record and has won 56 percent of his fights by knockout. Luque has won 11 of his last 13 fights and is coming off a May win over Niko Price. Luque is averaging 5.66 significant strikes per minute with an accuracy percentage of 53 percent. Luque is averaging 0.73 takedowns with an accuracy percentage of 50 percent. Luque is coming off an impressive performance at UFC 249 where he was probably winning on the scorecards and then produced a doctor stoppage knockout in the third round. Luque now has knockouts in five of his last six victories. Luque is a standup striker who doesn’t stop throwing and has true knockout power as we’re seeing more and more these days. Luque has some of the cleanest boxing technique in the sport and attacks the head at a high percentage, spending little time working the body or mixing in leg kicks. Luque is simply coming in to put guys to sleep and he has a high success rate when he gets the style of fight he wants. Luque does have six submission wins and is a purple belt in Luta Livre, so he can hold his own on the ground, but he’s most comfortable where he can let his hands go and it’s led to some downright brawls and nasty stoppages. This will be Luque’s fourth career fight in Las Vegas.

Randy Brown enters this fight with a 12-3 record and has won 50 percent of his fights by knockout. Brown has won seven of his last 10 fights and is coming off a November win over Warlley Alves. Brown is averaging 3.41 significant strikes per minute with an accuracy percentage of 47 percent. Brown is averaging 0.95 takedowns with an accuracy percentage of 46 percent. Brown is coming off a second round submission victory at UFC Fight Night 164 that earned performance of the night honors. Brown now looks to win three straight fights for the first time since 2015-16 when he was 7-0 and just starting in the UFC. Brown is a lengthy, athletic fighter with solid boxing skills and somebody who throws violent knees in the clinch and will mix in leg kicks as well. Brown is always busy on his feet and can land some above-average power shots. Brown is also a purple belt in BJJ and has four submission victories. Brown and his length is often trouble for opponents, so he can be a nightmare once on the canvas and he gets his arms around the neck. This will be Brown’s first career fight in Las Vegas.

Luque should be the favorite based on his pure boxing skills, how he looked a few months ago and the fact he probably has the power edge if this bout stays on the feet. It’s hard to bet against Luque after what we saw a couple of months ago in Jacksonville. However, Brown is a live underdog because of the size advantage and the fact Luque will hav to walk through some shots to get some licks in of his own. If Brown lands something clean, he’s going to win this fight. This has a chance to be a back and forth brawl.

I’ll take my chances with Brown in the upset.