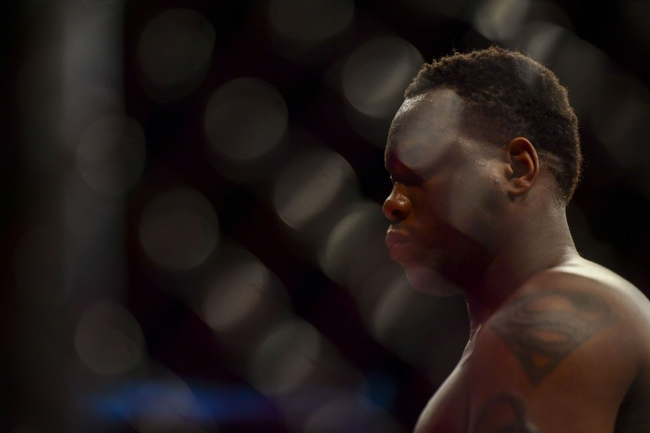 Ovince Saint Preux enters this fight with a 24-14 record and has won 46 percent of his fights by knockout. Saint Preux has split his last 10 fights and is coming off a May loss to Ben Rothwell. Saint Preux is averaging 2.60 significant strikes per minute with an accuracy percentage of 46 percent. Saint Preux is averaging 1.27 takedowns with an accuracy percentage of 40 percent. Saint Preux is coming off a split decision loss at UFC Fight Night 171 where he was controlled in the clinch and landed just 46 total strikes. It was tough for Saint Preux to find a rhythm in his heavyweight debut and he looked gassed throughout the fight. Saint Preux has now lost four of his last six fights and it’s important he kind of rights the ship at 37 years old. Saint Preux is one of the more proven fighters in the light heavyweight division and is extremely dangerous standing up, with knockout power in both hands and some devastating leg kicks. Saint Preux isn’t the fighter you can rush in on due to his striking ability and above-average takedown defense, and he has one of the best ground and pound if the fight does go to the canvas. Saint Preux has enough wrestling to survive on the ground, but he’s most effective on his feet where he can unleash his power and use his unique combination of size and athleticism. This will be Saint Preux’s fifth career fight in Las Vegas.

Alonzo Menifield enters this fight with a 9-1 record and has won 89 percent of his fights by knockout. Menifield has won five of his last six fights and is coming off a June loss to Devin Clark. Menifield is averaging 3.75 significant strikes per minute with an accuracy percentage of 47 percent. Menifield is averaging zero takedowns with an accuracy percentage of zero percent. Menifield was dominated at UFC 250 where his opponent landed 150 total strikes, was far sharper with his significant strikes and even produced a takedown. It will be interesting to see how Menifield responds to his first career loss, especially on short notice, as he’s replacing Shamil Gamzatov for this bout. Menifield is a jacked up fighter who grew up playing the linebacker position in football and got a late start to MMA, which includes making his pro debut in 2015 at Bellator 146. Menifield is a standup fighter with heavy hands who relies on aggressiveness, power shots and finishing things early. Seven of Menifield’s nine wins have ended in the first round, and his last bout was the first time he ever saw the third round. Menifield uses a lot of energy early and puts a lot into his strikes, and when he connects, he’s capable of finishing anybody in this division. On the downside, Menifield did show some conditioning issues his last time out, and it’s worth watching in this bout. This will be Menifield’s fourth career fight in Las Vegas.

This is a tough fight to call simply because you have no idea what to expect from OSP. He’s so inconsistent and struggled to find a rhythm his last time out. The good news is Saint Preux makes the move back to light heavyweight where he’s had all his success. I’m giving the edge to OSP. While you’re never sure what you’re getting from him, he is the more balanced fighter at this stage and is fighting somebody in Menifield who has conditioning issues. As long as OSP avoids the avalanche early, he should be able to turn things on in the later rounds and take advantage of a gassed Menifield, who is on short notice here.

OSP and the plus money seems like great value, even if you can’t be completely confident.