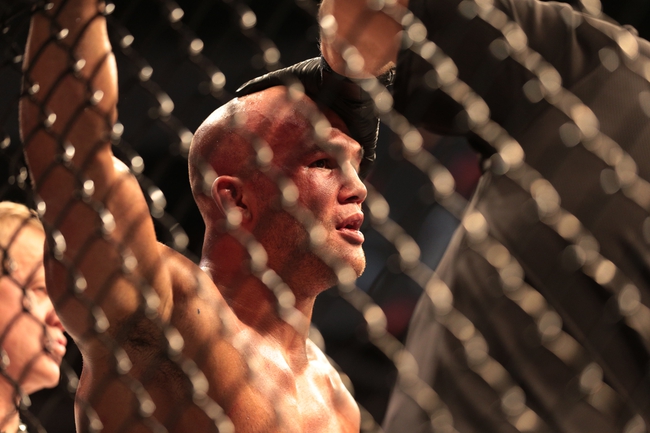 Robbie Lawler enters this fight with a 28-14 record and has won 71 percent of his fights by knockout. Lawler has lost four of his last five fights and is coming off an August (2019) loss to Colby Covington. Lawler is averaging 3.57 significant strikes per minute with an accuracy percentage of 45 percent. Lawler is averaging 0.71 takedowns with an accuracy percentage of 66 percent. Lawler has lost his last three fights, and he’s coming off a decision loss at UFC on ESPN 5 where he ate 201 total strikes and was taken down 10 times. Lawler was sharper with his significant shots, but he was clearly outworked. Lawler hasn’t won a fight since UFC 214 against Donald Cerrone, which was over three years ago. Lawler is an aggressive striker with legit knockout potential and is just as effective in the clinch as he is standing up. Five of Lawler’s last seven wins have come by decision, but he has a brawler feel to him and he still has that approach despite now being 38 years old. Lawler is also quite the takedown artist when he looks to take the fight to the canvas, but he’s been submitted six times, so the ground game can be a slippery slope. A tricky southpaw, Lawler still has something left in the tank, but he needs a win to kind of right the ship. This will be Lawler’s 12th career fight in Las Vegas.

Neil Magny enters this fight with a 23-7 record and has won 55 percent of his fights by decision. Magny has won eight of his last 11 fights and is coming off a June win over Anthony Rocco Martin. Magny is averaging 3.95 significant strikes per minute with an accuracy percentage of 47 percent. Magny is averaging 2.55 takedowns with an accuracy percentage of 44 percent. Magny is coming off a decision win at UFC 250 where he landed 82 total strikes and was far sharper with his significant shots. Magny now enters the octagon for the third time since March and has a chance to go 3-0 in the calendar year. Magny is a busy fighter who doesn’t mind trading punches in the standup and his willingness to fight from close range and stare danger in the face is why he has such impressive striking numbers. Magny is also an athletic takedown artist who can usually get the fight to the canvas when he wants, and he has an impressive ground and pond approach. A brown belt in BJJ, Magny is also a well conditioned fighter who has won 13 of his 14 career decisions and that one decision loss came nearly seven years ago. Magny is a long, rangy fighter who probably deserves more respect than he gets and a win here should put him in a different light. This will be Magny’s sixth career fight in Las Vegas.

Magny should be the betting favorite based on what he’s done this year alone, the fact he has a six-inch reach advantage, is the younger fighter and his cardio is top notch. Lawler hasn’t won a fight in three years and there’s some who may be counting him out at this point. With all that said, there’s value in Lawler and the big plus money. While Lawler has been on the losing end of his last few fights, the competition has been high quality, and he just went the distance with with one of the better strikers on the planet in Covington. The loss to Ben Askren was also an early stoppage. Lawler has two fights under his belt since the ACL injury and he’s shown promise in those fights despite the losing efforts. Lawler is still a dangerous fighter and has an edge on the feet in this bout.

Give me Lawler in the upset.