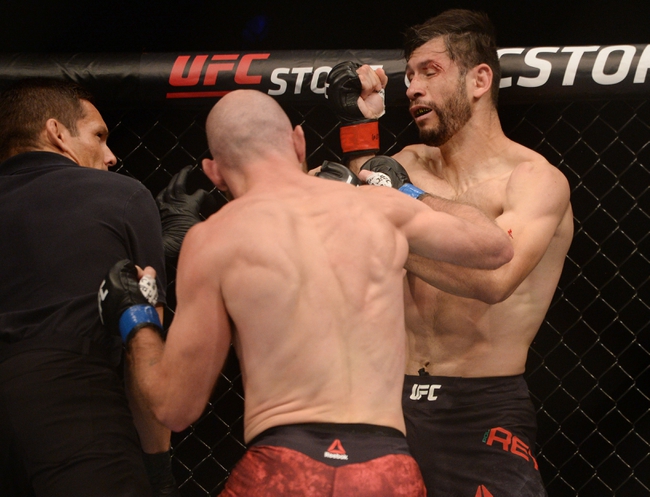 Kyle Nelson enters this fight with a 13-3 record and has won 38 percent of his fights by knockout. Nelson has won seven of his last nine fights and is coming off a September (2019) win over Marco Polo Reyes. Nelson is averaging 2.73 significant strikes per minute with an accuracy percentage of 36 percent. Nelson is averaging 1.41 takedowns with an accuracy percentage of 16 percent. Nelson got his first UFC victory at UFC Fight Night 159 where he produced a first round knockout and landed 12 significant strikes. Nelson has now produced knockouts in each of his last three victories and he’s 1-2 under the UFC banner. Nelson is a balanced fighter with knockout potential and is willing to trade standing up, but he’s also a polished grappler with terrific scrambling skills and almost alway gains a favorable position. Nine of Nelson’s 13 career victories have ended in finishes and his last two submission victories have come via rear naked choke. Nelson has a lot of raw tools to be a factor in this division if he can keep stringing wins together. This will be Nelson’s first career fight in Las Vegas.

Quarantillo has been a striking machine in his few UFC fights and that’s probably bad news for Nelson who has shown the ability to get hit a bunch. However, this price is a bit disrespectful to Nelson, who has great finish ability and possibly the wrestling edge in this bout. Nelson is somebody who should not be slept on and could truly win this fight if he gets his hands on Quarantillo and is able to get it to the ground.

Call me crazy, but I like Nelson and a chance to make two times my money.