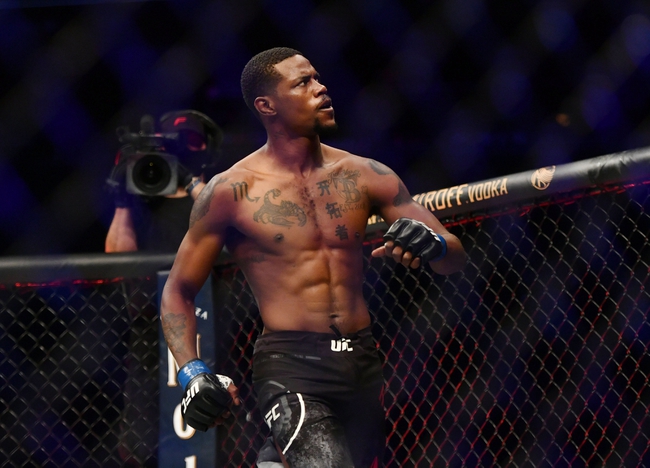 Kevin Holland enters this fight with a 18-5 record and has won 50 percent of his fights by knockout. Holland has won five of his last six fights and is coming off an August win over Joaquin Buckley. Holland is averaging 4.65 significant strikes per minute with an accuracy percentage of 55 percent. Holland is averaging 1.12 takedowns with an accuracy percentage of 43 percent. Holland is coming off a third round knockout at UFC Vegas 6 that earned performance of the night honors and gave him the second knockout of the year. Holland is now 5-2 under the UFC banner and has a chance to chip away in this division at just 27 years old. Holland is a lengthy, athletic fighter with an 81-inch reach and impressive standup ability. Holland is light on his feet, constantly moving to make himself tough to hit and has polished boxing skills with quick hands, good footwork and enough power to end things with one clean shot, as we saw in his last bout. A black belt in Kung Fu and BJJ, Holland also closes the distance well to land that big shot, and he’s gotten a lot more comfortable on the canvas over the years. Because of his length, Holland can really make life difficult for his opponent once on the ground. This will be Holland’s third career fight in Las Vegas.

Darren Stewart enters this fight with a 12-5 record and has won 58 percent of his fights by knockout. Stewart has won five of his last seven fights and is coming off an August win over Maki Pitolo. Stewart is averaging 2.97 significant strikes per minute with an accuracy percentage of 43 percent. Stewart is averaging 1.32 takedowns with an accuracy percentage of 42 percent. Stewart is coming off a first round submission victory at UFC Vegas 6 that earned performance of the night honors. Stewart certainly redeemed himself after a disappointing effort earlier in the year at Cage Warriors 113. Stewart is a violent fighter who simply unloads on his opponent no matter where the fight goes and is looking to finish things. Stewart is a black belt in Taekwondo and purple belt in BJJ, and he’s finished eight of his 12 victories. Whether Stewart is throwing haymakers on his feet or attempting tackle style takedowns to position a ground and pound, you can tell The Dentist is out to hurt his opponent. There’s little feeling things out or using a jab to set up combinations, Stewart unloads in everything he throws. The downside is that Stewart can be a bit wild in the octagon and it leaves opening for counters, but the near 30-year-old is going to take his chances, and if he connects with something, it’s often curtains for the competition. This will be Stewart’s third career fight in Las Vegas.

Stewart and big plus money is intriguing because of how aggressive he is, his power and his willingness to finish a fight. He always has a punchers chance in the octagon and those are the fighters you want to back in the underdog role. However, Holland is the more polished fighter, far more disciplined on the feet and his higher level of BJJ gives him the edge on the ground if this fight goes there. Holland is the more trustworthy fighter in this spot and can take advantage of Stewart’s aggressiveness that leads to counters.

Give me Holland, and I’ll take him by knockout to turn heavy juice into a potential massive payday.