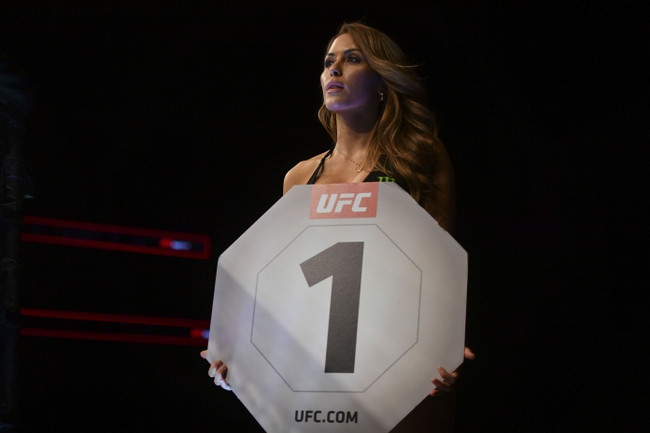 William Knight and Aleksa Camur fight Saturday night during UFC 253 at the Flash Forum on PPV.

William Knight enters this fight with a 8-1 record and has won 100 percent of his fights by knockout. Knight has won two of his last three fights, and he’s coming off a September win over Cody Brundage. Knight is averaging 6.61 significant strikes per minute with an accuracy percentage of 78 percent. Knight is averaging 3.54 takedowns with an accuracy percentage of 57 percent. Knight is coming off a first round knockout victory in the fifth week of Dana White's Contender Series and will make his official UFC debut in this bout. Knight is also fighting for the second time this month, so it’s a chance to really turn heads by getting the rare second victory in a single month. There’s not much surprises with Knight and his ability, as he’s a massively built fighter and extreme knockout power. Whether he’s throwing the overhand on the feet or mounting top position to unlash ground and pound, Knight only knows one way to fight and finish things. Knight is solid in the clinch and doesn’t allow his opponents easy takedowns, which forces the opponent to fight his fight. Eight victories, eight knockouts, and five of those wins came in the first round. That’s all that needs to be said about Knight and his ability.

Aleksa Camur enters this fight with a 6-0 record and has won 83 percent of his fights by knockout. This will be Camur’s second fight this year, and he’s coming off a January win over Justin Ledet. Camur is averaging 5.96 significant strikes per minute with an accuracy percentage of 53 percent. Camur is averaging 0.72 takedowns with an accuracy percentage of 50 percent. Camur is coming off a decision victory at UFC 246 where he 88 total strikes and produced a takedown. Camur made a statement in Dana White's Contender Series season three with a flying knee knockout and he’s a 24-year-old with serious potential. Camur has really good boxing where he sets up his punches well, puts combinations together nicely and is more than willing to trade in the pocket. Camur has terrific striking power and five of his six fights have ended in knockout. Camur also just showed that he can be effective for three rounds, so cardio isn’t as much of a concern as it is with some other fighters in this division. Camur is somebody who could seriously shoot up the rankings, as you get the feeling he’s just scratching the surface of his potential.

Camur is the rightful favorite here, as he’s the more polished fighter at this stage of their careers and sets up his strikes better and cleaner. However, Knight has overwhelming knockout power and there’s something intriguing about getting plus money with somebody who can end things at any second. This has the ability to be one of the better fights on the entire card, so don’t miss it.

Camur should be favored, but Knight and the plus money is an intriguing spot.