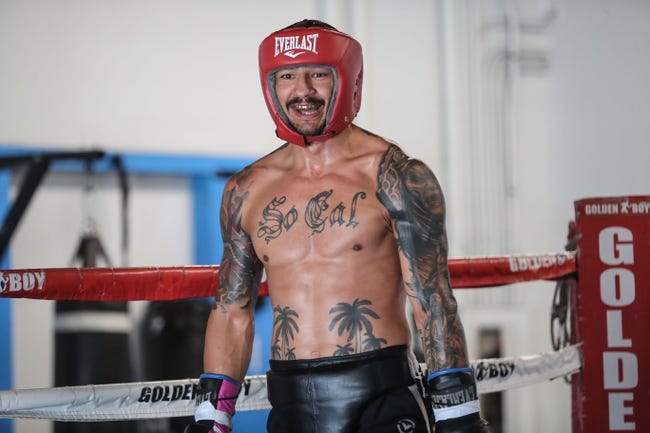 Cub Swanson enters this fight with a 27-11 record and has won 44 percent of his fights by knockout. Swanson has split his last eight fights and is coming off a December win over Daniel Pineda. Swanson is averaging 4.64 significant strikes per minute with an accuracy percentage of 50 percent. Swanson is averaging 1.09 takedowns with an accuracy percentage of 51 percent. Swanson is coming off a second round knockout win at UFC 256 where he landed 51 total strikes and 69 percent of his significant strikes. Swanson now has a chance to win three straight fights for the first time since 2016-17. Swanson is known for his ground game, scrambling and can hold his own on the canvas despite his poor luck with submissions. Swanson is also an accurate striker with obvious knockout power and is well conditioned that’s helped him win 11 of his 14 career decisions. There’s a lot to like about Swanson and his toughness, but his takedown defense is still questionable at best and seven of his 11 career losses have bee submissions. This will be Swanson’s 10th career fight in Las Vegas.

Giga Chikadze enters this fight with a 12-2 record and has won 58 percent of his fights by knockout. Chikadze has won his last seven fights and is coming off a November win over Jamey Simmons. Chikadze is averaging 3.45 significant strikes per minute with an accuracy percentage of 43 percent. Chikadze is averaging 0.38 takedowns with an accuracy percentage of 33 percent. Chikadze is coming off a first round knockout at UFC Vegas 13 that earned performance of the night honors. Chikadze landed eight total strikes in the victory and is now 5-1 under the UFC banner. Chikadze comes from a deep kickboxing background and is a third degree black belt in Gōjū-ryū. Needless to say, Chikadze uses his legs a lot in his standup and a head kick is what set up the finish in his last bout. Chikadze has proven to be a fairly accurate striker with decent defense and he’s done better than expected with his takedown defense. Chikadze hasn’t shown much of a ground game up to this point, but if he stays on his feet, he likes his chances with his ability to knock out his opponents. This will be Chikadze’s fifth career fight in Las Vegas.

Chikadze should be the favorite given the role he’s on, the opponents he’s beaten and the fact he’s the bigger fighter here who will put that length to good use. With that said, Swanson is a tough guy who will land his fair share of shots, is not going to go down easy and his last couple of bouts should give him a much needed shot in the arm. Win, lose or draw, Swanson is going to put up a fight and he’s more than capable of beating anyone in this division if he’s in good form. I like getting roughriders in the underdog role, guys who are going to leave it all in the octagon.

Give me Swanson for the upset.