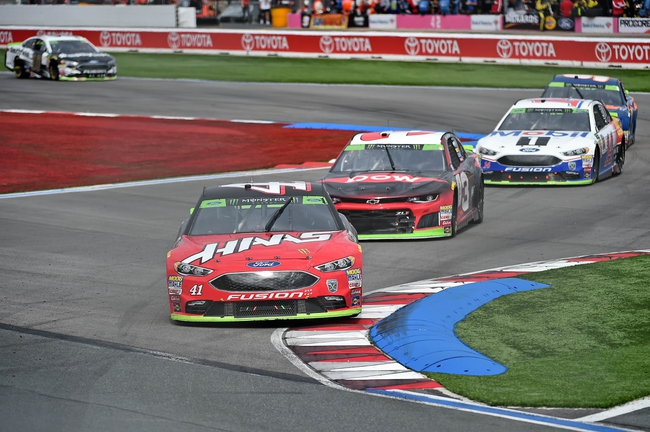 The frustrating NASCAR season continues, as three of our five drivers finished inside the top-10, but nobody put money in our pocket. This week we make our second appearance in Alabama for the 1000Bulbs.com 500, an event that debuted in 1969 and has changed names countless times over the years. This has also been one of the more competitive races over the years and has made for great TV and betting purposes.

Brad Keselowski - Brad Keselowski has finished outside of the top-10 back-to-back weeks, which means he’s due based on the way this season has played out. Keselowski is the defending champion at this race and is a two-time winner at this particular event overall. Keselowski has also finished no worse than seventh in five of his last eight appearances at the Talladega Superspeedway. While the favorite to win this week, Keselowski and +620 odds is still great value no matter how you play the other four suggestions.

Joey Logano - Joey Logano has finished in the top-10 in six of his last eight races and won the first race this year in Talladega. Logano is a two-time winner at this particular event and has finished no worse than fourth in four of his last six appearances at this track. Logano also has a few victories at Talladega in the Xfinity Series, so he’s no stranger to success in Alabama. Logano and +800 odds is worth strong consideration.

Jamie McMurray - It’s been forever and a day since Jamie McMurray has won a race, making him almost nonexistent when it comes to putting together a racing card. The good news is McMurray has top-10 finishes in three of his last six races, so he has provided some bang for his buck given the odds he usually gets. McMurray is a two-time winner at this event and has finished fourth or better in two of his last five appearances at the Talladega Superspeedway. If you’re looking for a shot in the dark or simply to bet on a different driver this week, McMurray and +5500 odds could be worth some McDonalds money.

Kurt Busch - Getting a driver as consistent as Kurt Busch at +1350 is a steal in itself regardless of where the race is being held. Busch has finished sixth or better in seven of his last 12 races and has finished outside of the top-10 just four times since the FireKeepers Casino 400 back in June. Busch was runner-up in the first Talladega race this season and has finished eighth or better in five of his last eight appearances at this track overall. Anytime I can get Busch with odds outside of +1000, I have to take it. He’s been way too consistent.

Martin Truex Jr. - Martin Truex Jr. has never won a race in Talladega, but that doesn’t mean it can’t be done. Truex has top-10 finishes in four of his last eight appearances in this event and has won at least one October race in each of the last two years. Yes, Truex has been in a bit of a slump recently and has bombed in his last five tries in Talladega, but we’re still getting a quality driver at +2650 odds and somebody who is still in the running for winning the championship. I’ll take a shot for Truex to finally perform well in Alabama.