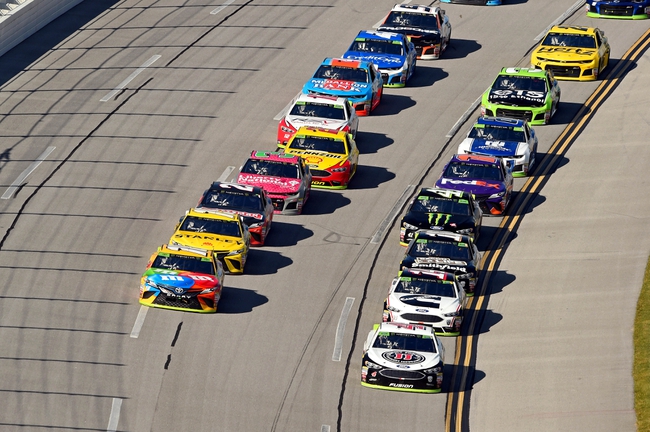 We make our second and final trip to Kansas for the Hollywood Casino 400, the last race in the round of 12 and the fifth final race of the year. After handing out winners left and right the last couple of years, this season has been rough, and it didn’t get any better last week with most of our drivers finishing outside of the top-10. The good thing about sports betting, however, is that there’s always tomorrow.

Joey Logano - Joey Logano has finished in the top-10 in seven of his last nine races and is a two-time winner at this event. Logano finished third in the earlier event in Kansas this year and has finished fifth or better in seven of his last 10 appearances at the Kansas Speedway overall. The fact you can get Logano this week at +1650 odds, given his history at this track and his current form, has to be some kind of joke.

Clint Bowyer - Clint Bowyer doesn’t have a ton of success in Kansas, which includes just one top-10 finish in his last 10 appearances. Bowyer also hasn’t finished in the top-10 of this particular race since 2012. There’s a reason you can get Bowyer at +2200 odds this weekend. The reason to consider those odds is the fact Bowyer has been one of the hotter races in the playoffs, finishing third or better in two of his last three races and in the top-six in four of his last eight. Bowyer is making a run up the driver standings and sometimes it’s wise to ride the hot hand. I’ll ignore the history and give Bowyer a shot.

Kyle Busch - Kyle Busch has stunk up the joint the last couple of times we’ve thrown him on the card and he’s cooled off a bit overall since winning three races in a row. With those hiccups, Busch has dropped to +880 odds this week, making him a worthwhile play. Busch has gone more than three weeks without a win just once since winning the O'Reilly Auto Parts 500 back in April. Busch has also finished in the top-10 in each of his last seven appearances at the Kansas Speedway, which includes finishing in the top-five in three of his last four trips at this event. As he makes a push for the championship, Busch is a solid bet to get back in victory lane.

Ryan Blaney - Ryan Blaney has finished outside of the top-10 in five of his last seven races and hasn’t done much the last two weeks since winning in North Carolina. The good news is Blaney is still alive in the driver standings and has some good history in Kansas. While Blaney doesn’t have a win on this track, he has finished seventh or better in four of his last six appearances at the Kansas Speedway. Blaney finished third in this event last year and seventh back in 2015. Blaney has never won two races in a single year, but you have to encouraged by the success on a small sample size, making him worth a play at +1100 odds.