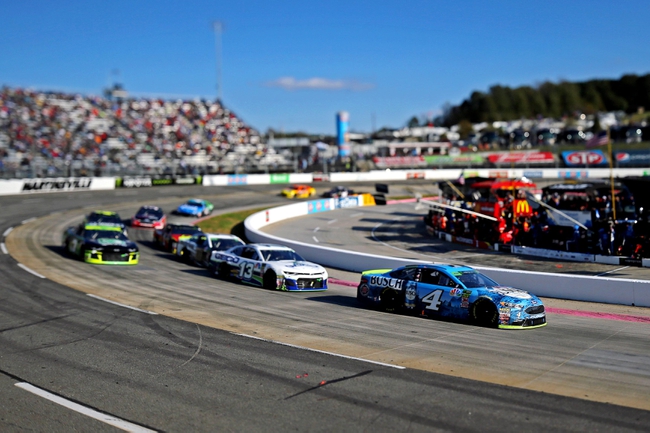 We make our second and final trip to Texas for the AAA Texas 500, the second race in the round of eight. Finally, we had a good week in the First Data 500, as we hit with the winner in Joey Logano at +1000 odds, and three of the other four drivers listed finished in the top five. There’s three races left, so let’s finish the season on a high note.

Kevin Harvick - Kevin Harvick can use a victory to boost his chances in the driver standings and hasn’t gone this long without a victory this season. While the wins have stopped coming, Harvick has finished in the top-10 in 12 of his last 15 races. Harvick is the defending champion at the AAA Texas 500 and has finished sixth or better in seven of his last eight appearances at the Texas Motor Speedway. Harvick has finished ninth or better in each of his last six appearances at this particular track. Odds of +325 aren’t great, but Harvick is a good chance to make three times your money this week.

Denny Hamlin - Denny Hamlin hasn’t won a race in ages, but he gave us a run for out money last week when we listed him at +2000 odds. Hamlin has finished fourth or better in three of his last four races, so I’m going to give him another shot this week at +4400 odds. Hamlin won the AAA Texas 500 back in 2010 and finished third here last year. Hamlin has also finished in the top-10 in four of his last five appearances at this particular race. The value is too good given his current form.

Jimmie Johnson - We say every week we’re done listing Jimmie Johnson on the card, only to find another race where we see value. Johnson hasn’t won a race in ages, but he’s won the AAA Texas 500 five times and four times in the last six years. Johnson has finished sixth or better in nine of his last 13 appearances at the Texas Motor Speedway. It goes without saying that Johnson owns this track more than any other driver over the last decade. If you don’t see value with him and +6600 odds, there’s no much more I can do for you here.

Kurt Busch - Kurt Busch is another driver who has a chance at the championship and has finished sixth or better in seven of his last 11 races. Busch won the AAA Texas 500 back in 2009 and has finished in the top-10 in six of his last eight appearances at the Texas Motor Speedway. In eight of 13 appearances at the AAA Texas 500, Busch has finished inside the top-10 eight times. Hard to argue with that consistency. Busch is worth a strong value play at +2150 odds.