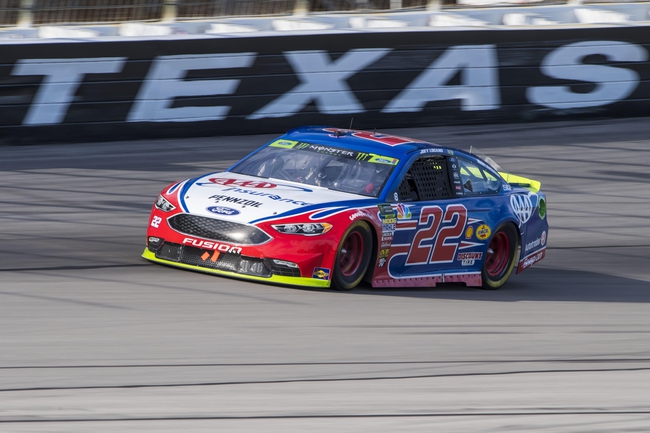 We’re finishing the NASCAR season on a high note, as we landed another winner last week in Kevin Harvick at +325 odds. Sure, not the biggest payout in the world, but nobody ever went broke making a profit. Two races left in the 2018 season, and we head to Arizona for the Can-Am 500.

Kevin Harvick - Kevin Harvick is in the drivers seat to win the championship, is fresh off a victory and returns to Phoenix where he’s dominated over the years. Harvick is not only a four-time winner at this event, which is the most ever, but he’s finished no worse than sixth in his last 10 appearances at the ISM Raceway. Harvick has finished no worse than fifth in his last six appearances at this particular event. Harvick is priced at +125 this week for a reason, but again, it’s plus money and a wonderful chance to make some coin.

Jimmie Johnson - There’s two races left, so we might as well continue our love - hate relationship with Jimmie Johnson. No, Johnson hasn’t won a race in ages and has finished outside of the top-10 in four of his last five races, but he’s a three-time winner at this event. There was a period where Johnson owned Phoenix the way Harvick does now. Johnson and +6600 odds is worth consideration, even though we all know he’s probably not going to win.

Martin Truex Jr. - Martin Truex Jr. still has a shot at the title and has put together three straight top-10 finishes. Truex has an average finish of fourth place in his last two appearances in Phoenix and has top-10 finishes in two of his last five appearances at this event. It’s been a while since Truex has touched victory lane, but you could argue he’s due given his current form. Truex and +750 odds is a really solid play this week.

Joey Logano - The best play on the board this week is probably Joey Logano and +2250 odds. Logano has not only been arguably the most consistent driver throughout the playoffs, but has an average finish of second place in his last two races, but he’s had success in Phoenix, which includes a win here back in 2016 and numerous other top-10 finishes. Logano is a must-play this week.