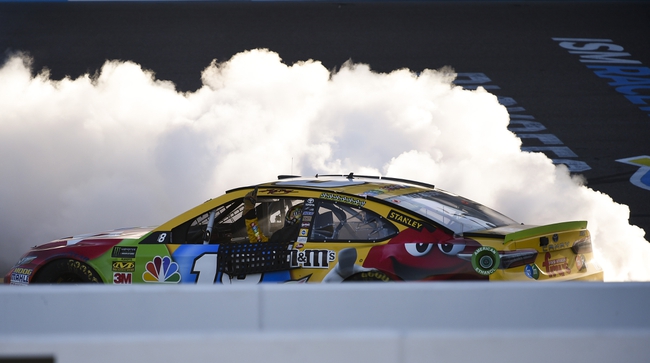 We’ve made it to the end of the season, as we make a trip to Miami for the Ford EcoBoost 400, the last race of the 2018 season. Our winning streak came to an end last week with only one of our five drivers finishing in the top-10, but we’ve managed well in the playoffs and hope to end the year with another trip to victory lane.

Denny Hamlin - Denny Hamlin at +2200 odds could be the play of the weekend based on his history in Miami. Hamlin is a two-time winner at this event and has finished in the top-10 in each of his last five appearances at the Homestead-Miami Speedway. Sure, Hamlin hasn’t won a race in over a year and has finished outside of the top-10 in six of his last nine races overall, but his history in Homestead makes him a must play with these odds.

Martin Truex Jr. - Martin Truex Jr. is one of the four drivers in the running for the championship and is the defending champion at this event. Truex hasn’t won a race since mid-July, but he’s consistently in the top-five and has finished sixth or better in four of his last seven appearances at the Homestead-Miami Speedway. Truex and +630 odds is a decent bet.

Kyle Busch - Kyle Busch not only won last week, but he’s finished no worse than fourth in three of his last four races. Busch won in Homestead in 2015 and has finished seventh or better in five of his last six appearances here overall. Busch also has success in Miami in both the Xfinity Series and Camping World Truck Series. Busch and +300 odds is worthy of a bet, as there’s a good chance he’s holding the title at the end of this race.

Kevin Harvick - Kevin Harvick and +300 odds probably aren’t the best in the world, but he’s in the running for the championship as well and has been arguably the most consistent driver all season. Harvick also won this race back in 2014 and has finished no worse than fourth in each of his last four appearances at the Homestead-Miami Speedway. Harvick also finished outside of the top-10 in Miami since 2007. Yeah, there’s reasons Harvick is co-favorites this week with Busch.

Kyle Larson - I really hate to go chalky on the last race of the year, but Kyle Larson and +350 odds is worth a look if you’re looking for somebody outside of the top-four finalists. Larson has not only finished in the top-five in three of his last four races overall, but he’s finished fifth or better in each of his last three appearances at the Homestead-Miami Speedway, which includes an average finish of 3.3 the last three years. Larson has a good chance to win his first race of the year on the last race.