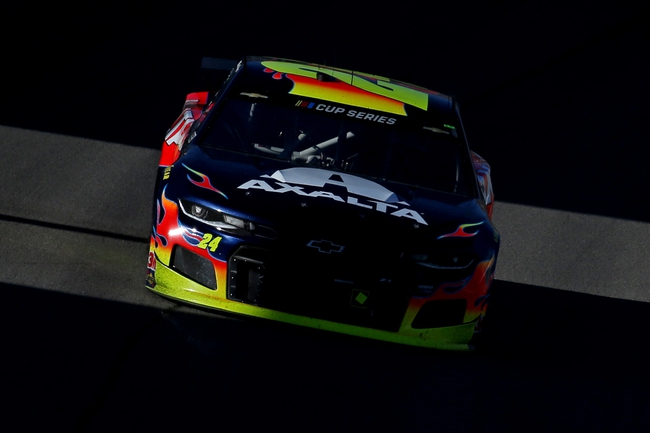 We meet Sunday for the Toyota Owners 150 at the virtual Richmond Raceway during the Nascar iRacing Invitational. This will be the fourth race of the series since the coronavirus forced sports and the entire world to shutdown. Each race has produced a different winner, so there’s some value out there when handicapping these races.

Timmy Hill, +525 - Timmy Hill is the only driver to produce top-five finishes in all three races and he’s averaging a 2.3 finish overall, finishing no worse than third place during this stretch. While you could argue Hill is due for a disappointing showing and there’s no way this run will last forever, you almost feel like you should ride the hot hand until it runs cold.

Will Byron, +200 - Will Byron is the overall favorite this week and for good reason. Byron won last week at the Bristol Motor Speedway during the Food City Showdown, and he’s led the most laps by far this season with 224. Last week alone, Byron led 116 laps and has to like his chances to become the first driver to win two races. Again, ride the hot hand in the virtual world.

Ryan Preece, +1200 - Ryan Preece doesn’t have any real success at the Richmond Raceway, but he’s been one of the better drivers in brutal racing where he’s averaging a 5.3 finish and has three top-10 finishes. If that form continues, Preece could be the next driver in line to win a race.

Alex Bowman, +1800 - Alex Bowman is another driver who has never done well in Richmond, but he’s been one of the more consistent drivers up to this point. Bowman is averaging a 8.3 finish, which is the fourth best with drivers who have participated in every race. If the trend continues of a different driver winning each week, Bowman has to like his chances.

Brad Keselowski, +4000 - I’m not sure how much real life success on these tracks plays a part in the video game, but Brad Keselowski has top-10 finishes in nine of his last 12 appearances in Richmond, which includes a victory in the 2014 Federated Auto Parts 400. Keselowski hasn’t given us a reason to back him in the virtual world, but I’ll take a stab with these massive odds based on his success here on the real life track.