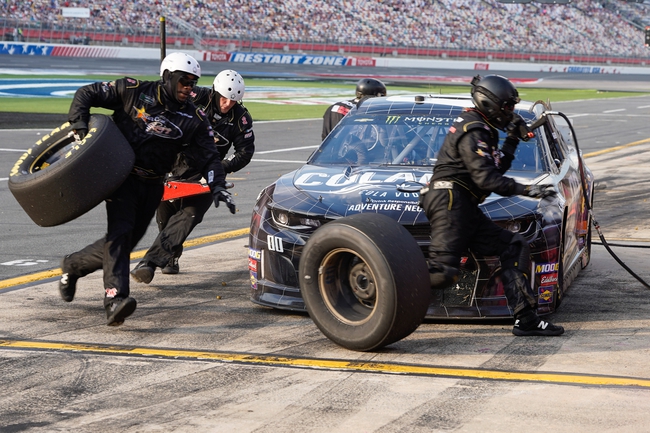 We continue the eNASCAR iRacing Pro Invitational Series this Sunday afternoon in the Finish Line 150 at the Virtual Dover International Speedway. We didn’t produce a winner last week, but we had our chances and seem to be gaining a better feel for these drivers as this competition drags out. There’s some fairly solid prices out there and chances to make some money, so let’s not waste much time.

William Byron, +200 - William Byron continues to be the best driver in the eNASCAR iRacing Pro Invitational Series and it’s not even close. While Byron didn’t win last week, he still led laps and had a top-10 finish. As long as Byron continues this success, he’s tough to turn down at plus money, even if the prices aren’t as profitable as others.

Landon Cassill, +2000 - Landon Cassill has gained experience in the virtual world after completing a 24-hour endurance race at Nurburgring and then finishing in the top-five at Talladega. That’s the type of momentum I want to get behind, and Cassill does have a history of top-five finishes in overall iRacing. Cassill should give these odds a ride.

Kyle Busch, +2000 - Kyle Busch has been getting better each week and a win is in the cards as that comfortability grows. I want to get behind Busch and these big odds before these prices start to drop as the finishes improve. Busch has top-10 finishes in 10 of his last 15 appearances at the real life Dover International Speedway, whatever that’s worth.

Timmy Hill, +800 - Few drivers have the success and track record that Timmy Hill has in iRacing, and last week was the first time he didn’t finish inside the top-three. Like Byron, Hill is too consistent to turn down when putting a card together and a chance to make eight times your money is an opportunity hard to pass up.