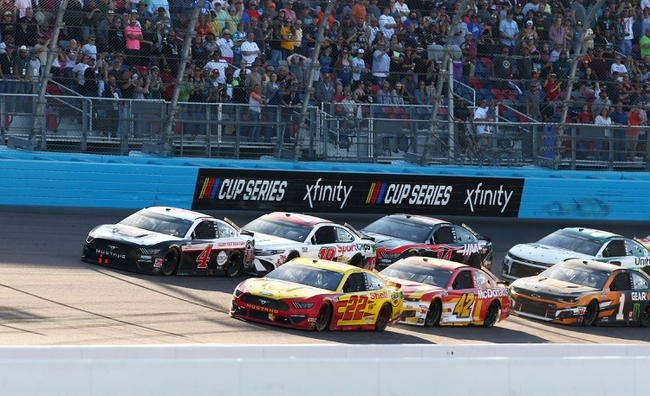 After a month of virtual racing and betting on video games, real life NASCAR is back in the flesh and begins this Sunday with the NASCAR Cup Series Race at Darlington Raceway. It’s one of many races scheduled over the next couple of weeks, so buckle up and get ready to make some money. Let’s breakdown the first of many races soon to come.

Here are five drivers to consider throwing on this weekends card.

Joey Logano, +1000 - Joey Logano was arguably the hottest driver before the Coronavirus canceled things, winning two of the last three races. Logano has yet to win a race at the Darlington Raceway, but he does have top-five finishes in three of his last five appearances and finished runner-up in the 2018 Bojangles' Southern 500. Hopefully Logano can pick up where he left off and finally close the deal in South Carolina.

Denny Hamlin, +700 - Denny Hamlin has a habit of winning in Daytona and then going ice cold without a victory for months. However, Hamlin was gaining momentum in the iRacing Series and maybe that carries over to the actual tracks. Hamlin is a two-time winner at the Darlington Raceway and has finished sixth or better in seven of his of his last 10 appearances here overall. Hamlin has never won two races within the first four tries, but there’s a lot to like in this spot.

Erik Jones, +1600 - Erik Jones is the defending champion at this race and is averaging a finish of 4.6 in three appearances here overall. Jones also finished sixth or better in two appearances at the Darlington Raceway in the NASCAR Xfinity Series. Needless to say, Jones has a lot of success in South Carolina despite the small sample size and these odds make him a must play this weekend.

Kevin Harvick, +800 - Kevin Harvick was the best driver through four races, averaging a finish of sixth place and having the most points in the Drivers' Championship. Harvick has to like his chances for another strong showing considering he’s finished fifth or better in six of his last seven appearances at the Darlington Raceway, which includes a victory at the 2014 Bojangles' Southern 500. You have to like Harvick to stay hot.

Brad Keselowski, +1000 - Brad Keselowski usually wins a race within the first month, so he’s due for a victory after finishing twice outside of the top-10 in four tries. Keselowski has finished ninth or better in four of his last five trips at the Darlington Raceway, which includes a victory at the 2018 Bojangles' Southern 500. Keselowski also has a victory at this track in the NASCAR Xfinity Series. This is a nice chance to make 10 times your money.